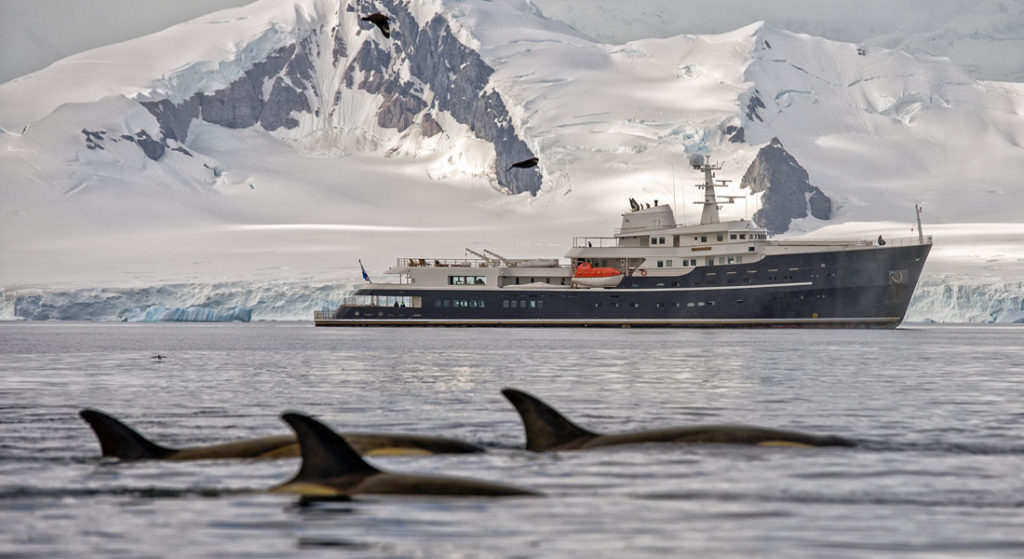 Private-yacht experiences in Antarctica are few and far between. They’re even fewer if you can’t properly retrofit your yacht, or reserve a charter yachts available there. The owner of the megayacht Legend and EYOS Expeditions are changing this, though. They’re offering single-cabin Antarctica charters during her adventures next year.

The first available exploration is from January 6 to 13, 2019. For €25,000 (about $30,940 at press time) per person, a variety of experiences are available. For instance, you’ll enjoy Legend’s lounges and amenities, along with meals onboard, just as you would during a traditional charter. You’ll also learn from three EYOS guides staying aboard about the penguins, whales, and other natural wonders. You’ll even learn how best to photograph them all. In addition, you’ll have a hotel night in Punta Arenas, Chile, before and after the charter. Plus, EYOS will arrange flights to and from Antarctica from Punta Arenas. (The Drake Passage, the body of water between the two continents, is among the world’s most challenging, unpredictable waterways.)

The 253-foot (77-meter) megayacht Legend is made for polar explorations like this. In fact, she launched in 1973 as a Soviet icebreaker. In the 1990s, a yacht owner took her to Mexico for conversion into yacht service. Relaunched as Giant in 2003, she still had her icebreaking capabilities. Well-known yacht owner Jan Verkerk acquired her a few years ago, taking her to Icon Yachts in 2014 for another significant refit. Legend relaunched in 2016 with about 12 additional feet (3.6 meters) of length aft. She gained amenities like a helipad, a pool, a spa, a cinema, and a completely new interior, too. Most important, though, Legend complied with current class regulations for SOLAS and Lloyd’s Register. 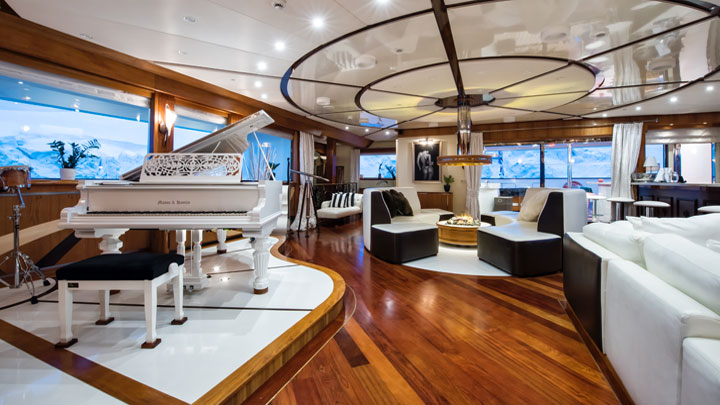 Regarding the single-cabin Antactica charters with EYOS, Verkerk says, “There is simply nothing like it on the market now.” Ben Lyons, EYOS’ CEO, adds, “We firmly believe the smaller the number of guests on an expedition, the better the experience.” EYOS is celebrating its 10th anniversary, in fact, in tailoring expeditions to megayacht clients. Furthermore, it was the first to offer fly-in/fly-out Antarctica yacht voyages.

Reservation bookings begin on March 26. However, to request being put on the list, you can email the Legend and EYOS team now.