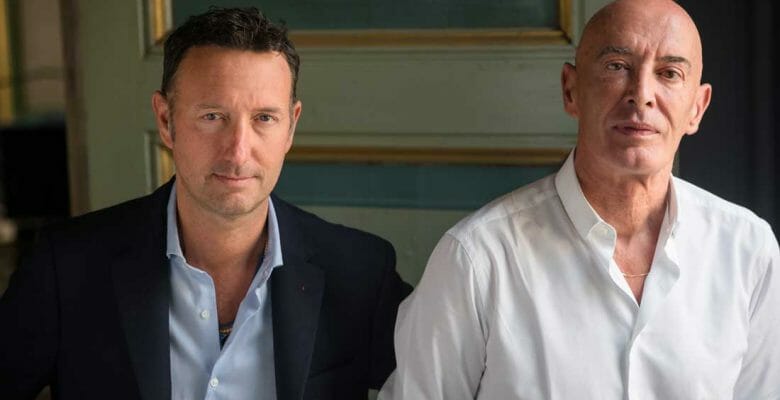 “We adore clean, rigorous design. We don’t want to dazzle with special effects,” explain Mauro Micheli (left) and Sergio Beretta (right) of Officina Italiana Design. “Quite the contrary–we try to create things that will never go out of fashion.” Therein lies the challenge for the famed Italian design studio, celebrating its 25th anniversary. As much as timeless appeal is important, so, too, is imparting character. “We design for ‘the few,’ and we have a duty, moral included, to create excellence,” the duo say.

Officina Italiana Design is renowned for designing every modern-era Riva. From the smallest dayboat to the newly delivered 50-meter Race (below), superstructure and interior details all spring from its drawing boards. Interestingly, as much as the two men share a love of art and design, they pursued quite different paths before establishing the studio. Beretta, for example, received his university degree in business and marketing. Initially, in the 1990s, he held managerial positions at European airports. He then achieved a master’s degree in European law in 1994. This explains his focus on contracts and overall business management for Officina Italiana Design. Micheli, meanwhile, attended art schools from his teens through his early 20s. In 1984, he entered a design competition hosted by Riva, and won. He spent the next decade working directly for the builder. Today, Micheli is chief designer for Officina Italiana Design, further overseeing a team of designers. 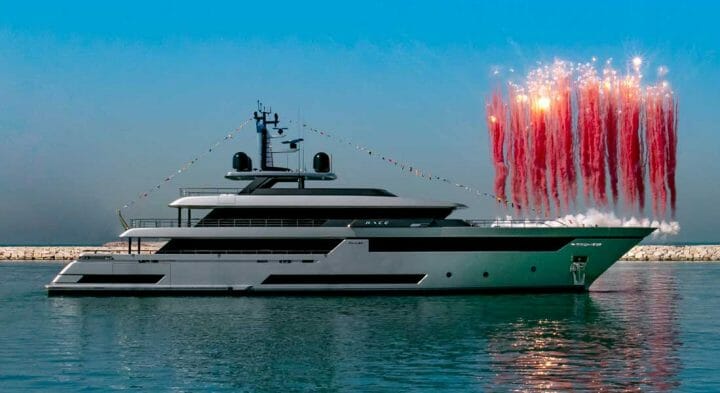 Since opening its doors in 1994, Officina Italiana Design has been the exclusive studio for Riva. In a Leadership Series interview in 2015, Micheli told us that redesigning the Aquarama was his biggest challenge. “I had the task to reinterpret the lines of this successful boat after 40 years,” he says. “She is the most famous boat in the world, I would say an iconic boat in the international boating industry.” The risk was worth it, he added, with the reward being the Aquariva and Rivarama.

Reflecting on the studio’s history with Riva, Beretta says the two feel honored. Riva “references classic design but with a touch of modernity and contemporary spirit with nothing left to chance and the elements of innovation as part of its development.”

Beretta and Micheli additionally collaborated briefly with Sanlorenzo, a relationship that started in 2014. Officina Italiana Design has seen the relationship launch the likes of Seven Sins, the first 52 Steel, as well as Attila, the first 64 Steel. The studio is also the stylist behind the Sanlorenzo SX88, a sporty crossover design, along with the SL86 and SL76.

Of course, more designs are in development, for Riva. The studio comes up with its own concepts, too. Twenty-five years of productivity promises interesting things to come.