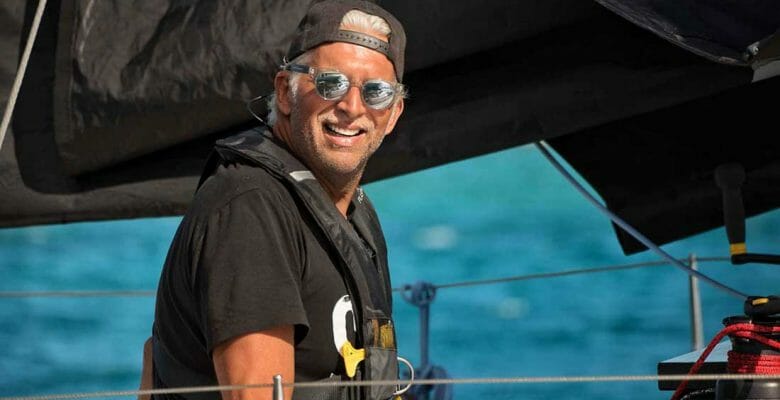 No GPS. No compass. Not even an autopilot. No electronics whatsoever, or engine, on a 42-day transatlantic crossing—14 days longer than anticipated due to light winds. More important, no single-use plastics onboard. Dan Lenard, co-founder of Nuvolari Lenard, completed the journey aboard a small sailboat, solo. He called it the Vela Code, a two-fold mission of raising awareness.

Even for this experienced sailor, the trip was arduous. “Without an autopilot, you’re in a car,” Lenard says, due to having to constantly steer. What’s more, “It’s like driving not on a road, but like a bumpy, rocky desert for 40 days.”

As mentioned, the Vela Code mission had two goals. First, “I wanted to promote the beauty of pure sailing,” he says in this video interview. “The beauty of getting lost.” Lenard insists that “getting lost” is at the core of sailing. The wind, he explains, is the only resource that lets us go anywhere infinite times, with no refueling required.

Second, Lenard wanted to heighten awareness of the threats facing the ocean. Specifically, plastic is a well-documented threat. During his Vela Code journey, Lenard saw large plastic barrels that clearly were floating at sea for some time. “We are not aware of how much of that stuff ends up in the water,” he says. “You lose a bottle. What’s one piece of plastic? Nothing. But billions of people do that, and that’s what happens.” This explains why he had no single-use plastics onboard for the transatlantic journey.