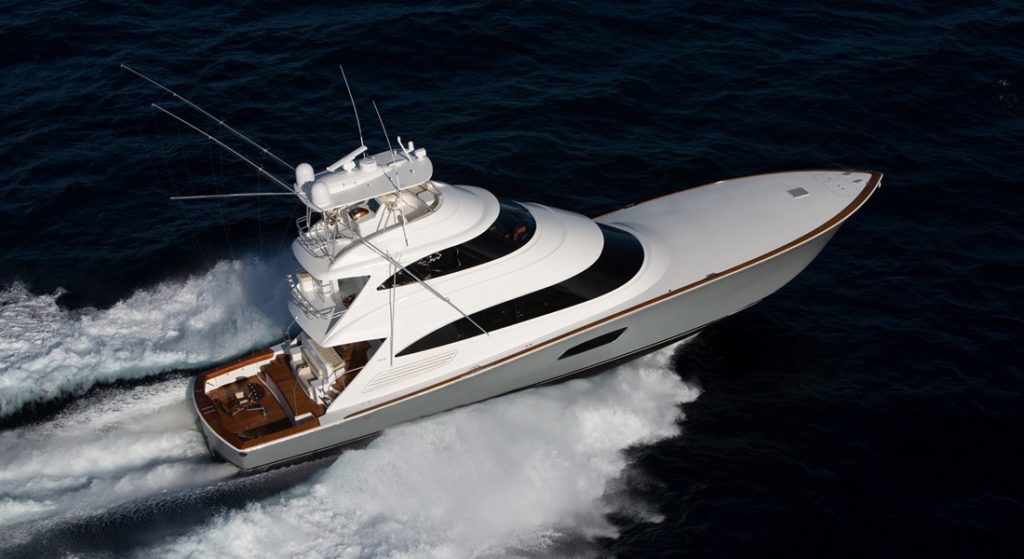 An international emissions mandate taking effect on January 1, 2021 may see a number of megayacht builders stop construction for certain models. Viking Yacht Company is one of them. Specifically, the Viking 93 Motor Yacht (below) and 92 Convertible (above), its two largest series, may cease production. However, “This is not just about Viking,” says Pat Healey, the yard’s president and CEO. “This is about the entire marine industry, both here in the U.S. and internationally. We’re talking about an entire segment of boatbuilding—yachts from 90 to 130 feet—being wiped out.”

The emissions mandate, Tier III, comes from the International Maritime Organization (IMO). It aims to reduce nitrogen-oxide emissions 70 percent more than the current Tier II standard. (On a related note, the IMO Tier III requirement is not the same as the Tier III requirement from the United States’ Environmental Protection Agency. Viking, as well as other builders, already meet the latter.) IMO Tier III applies to all vessels, commercial as well as recreational, with a load-line length of 24 meters (78 feet) and larger. Any of these vessels in the waters of North America, the U.S. Virgin Islands, the Baltic Sea, and the North Sea must comply. Other regions are expected to follow, too.

Specifically, the vessels must install Selective Catalytic Reduction (SCR) systems in their engine rooms. According to Lonni Rutt, Viking’s vice president of design and engineering, technology to develop SCR systems small enough and effective enough for the Viking 93 Motor Yacht and 92 Convertible “simply does not exist yet.” Healey adds that the engine manufacturers have informed Viking “they are not going to be compliant with this until 2022 at the earliest.” He continues, “And then we have to go through the bugs and the engineering design. This probably won’t be implemented for another two years after that.” 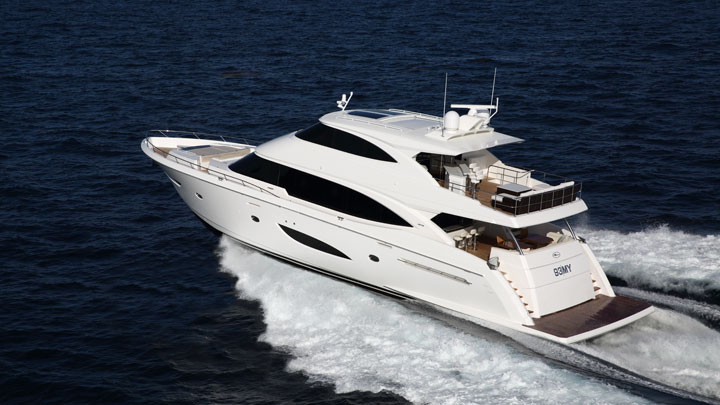 Furthermore. Healey says, the current systems would have several detrimental effects on the Viking 92 and Viking 93 Motor Yacht. For example, they would raise the yachts’ purchase and operating costs. In addition, they would add significant weight, and therefore compromise performance. Furthermore, engine-room accessibility for service would be a challenge, compromising safety. Finally, he says, the systems need additional ventilation and tankage. “Viking will not compromise the engineering integrity of our yachts with a technology that would have so many negative effects,” Healey asserts. “We would not be building a better boat by using this technology in its current state.”

There’s a small possibility that the Viking 92 and Viking 93 Motor Yacht remain in production, though. The shipyard is appealing early next year. However, “there’s only a 20-percent chance of winning.” Similarly, last year, the International Council of Marine Industry Associations (ICOMIA) petitioned for a mandate-enforcement extension. It did not succeed.

Viking foresees having to lay off craftspeople should the enforcement date remain. “This is the greatest threat to the marine industry since the luxury tax of 1990,” Healey declares. “They’re mandating impossible regulations that require solutions that don’t exist in today’s world.”

“The current diesel technology is far ahead of the current clean-air standard,” he concludes.