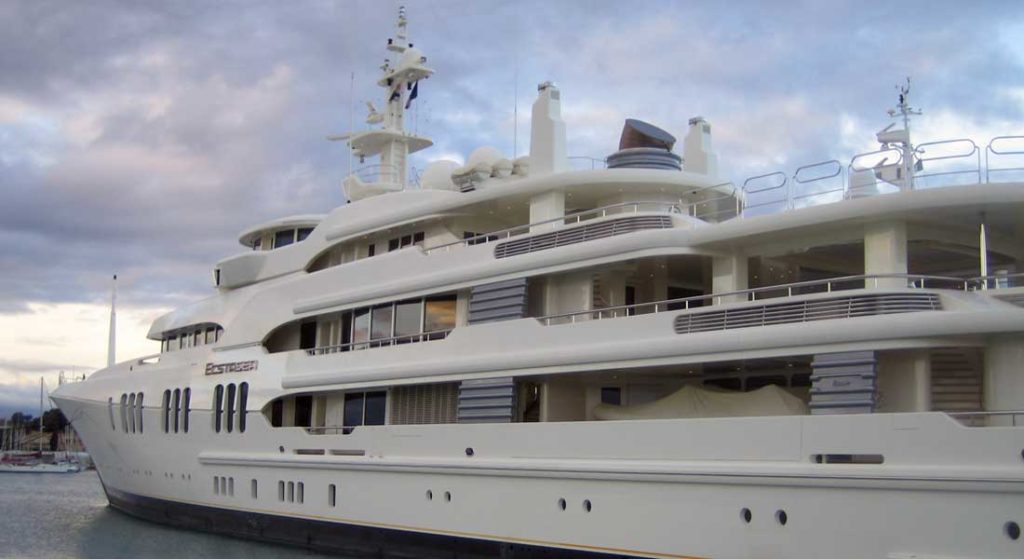 As she was inbound yesterday to St. Maarten, Ecstasea struck the Simpson Bay Bridge booth. While it caused severe structural damage to the booth and some to the yacht, the accident did not result in any reported injuries. It also did not impact the bridge operations, which remain on a normal schedule according to port authorities.

A number of individuals at the St. Maarten Yacht Club, situated adjacent to the bridge, captured video of the incident. Port St. Maarten says it occurred during the 3 o’clock bridge opening on December 15. Ecstasea “veered too much to the right,” according to the port authority. Videos such as the one below reveal that the megayacht’s anchor hatch, which was open at the time, collided with the Simpson Bay Bridge booth. This resulted in destruction of the booth housing. Ecstasea sustained a gash just forward of the anchor hatch, too.

The bridge operator was not inside the booth at the time. In addition, despite the impact, “the bridge operational equipment remains intact and fully functional,” according to Port St. Maarten. In fact, it released the photo below as further proof.

“I would like to commend Port St. Maarten and the Simpson Bay Lagoon Authority for their professional actions on Sunday with respect to the incident,” says Stuart A. Johnson, the minister of Tourism, Economic Affairs, Transport and Telecommunications. “I am glad that there were no casualties and/or injuries as a result of this accident.” Johnson adds that there’s an ongoing evaluation to the control booth’s structural damage. Despite this, “the bridge operations will continue as normal for the high tourist season as we welcome our tourists and maritime community to our shores.” 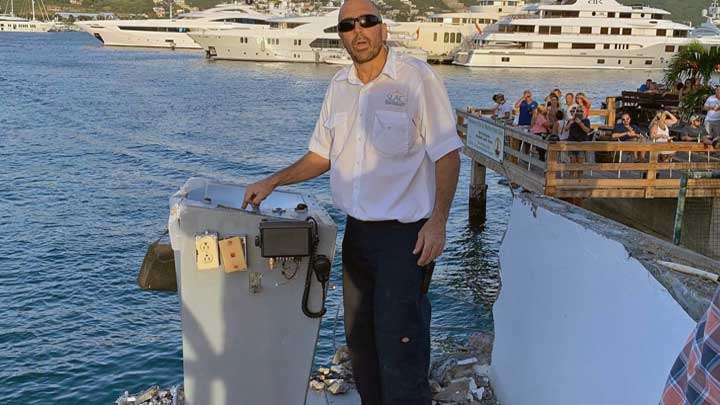 Port St. Maarten staff plan to repair the booth and keep the public apprised as to when the work will occur. It stresses that this shouldn’t impact the Simpson Bay Bridge opening times.

We reached out to Ecstasea’s management company for commentary. No response has been received as of press time.

The Simpson Bay Bridge passage is well-known for being narrow. Dozens of videos show megayachts over the years entering the Simpson Bay Lagoon through it, much like threading a needle. Some yachts have further hit the bridge in years past as well.