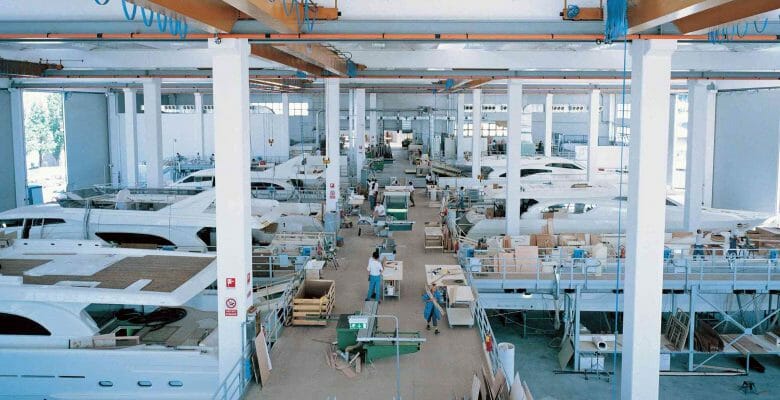 UPDATE, JANUARY 12, 2022: The Ferretti Group issued a statement this morning regarding the fire at Ferretti Yachts’ shipyard. It confirms the fire involved a yacht under construction and that no injuries occured, “thanks to the immediate implementation of safety procedures, with the intervention of the shipyard’s fire-fighting teams and the local fire brigate.” The statement further says, “The fire has been contained and extinguished, the site is safe. The causes of the incident are currently under investigation.”

In the mid-morning hours today, a fire at Ferretti Yachts damaged at least one yacht. No reported injuries have occurred, however, at the site in Cattolica.

According to several news reports, including the Italian newspaper Corriere Romagna, the fire at Ferretti Yachts began around 9:30 a.m. local time. The news reports conflict, though, on the damage that resulted. Some state the flames destroyed just one yacht. Meanwhile, Corriere Romagna indicates that three yachts, including a 98-foot (30-meter) megayacht, sustained damage. The newspaper additionally indicates that the 98-footer was destroyed. Video footage from Vigili del Fuoco, Italy’s fire and rescue service agency, appear to show firefighters aiming their hoses at that yacht. Furthermore, the fire service tells media that five fire departments responded to the incident, with nearly a dozen firefighters addressing the situation. They reportedly had the flames out by late morning.

We reached out to Ferretti Yachts for commentary. The shipyard has not yet issued a statement.

The Cattolica shipyard dates back 20 years, entirely dedicated to Ferretti Yachts models. I t has the capacity to accommodate 16 yachts and megayachts in various stages of construction simultaneously.