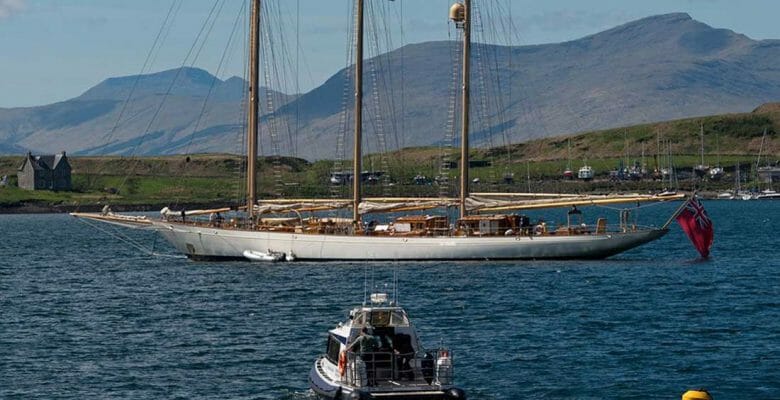 UPDATE, NOVEMBER 10, 2021: A judge in Madrid has suspended the jail sentence for Jaime Botin. This follows a court-ordered medical evaluation, which determined that he suffers from an incurable illness.

UPDATE, FEBRUARY 4, 2020: The judge who found Jaime Botin guilty has doubled the jail time. Now, Botin faces three years. Fines are higher, too, €91.7 million compared to the initial €52.4 million. These stem from the severity of the crime and the literal and figurative value of the art.

Jaime Botin, the owner of the sailing superyacht Adix, has received a jail sentence and fine in Spain. He stood accused of smuggling a Pablo Picasso painting out of the country aboard Adix. A court has sentenced him to 18 months in prison and is requiring him to pay €52.4 million ($58 million) in fines.

The specific charge against Botin was trafficking culturally important goods. Picasso painted the work, “Head of a Young Woman,” in 1906, at age 24. According to Artlyst, a London-based website chronicling significant art news, auction listings, and more, Botin acquired the painting in 1977. Because Spanish heritage laws are among the strictest in Europe, authorities can deem any work of art more than a century old a national treasure if it’s considered culturally important. This, in turn, requires those who own these pieces to obtain a permit if they wish to take the works out of the country. While Botin requested a permit, his request was denied.

Specifically, according to court records, Botin instructed the auction house Christie’s to request an export permit in 2012. This would allow the painting, long kept aboard Adix, to head to London from Madrid. In addition, court records show that Christie’s expected “Head of a Young Woman” to attract strong interest at a February 2013 auction. However, a committee within Spain’s Ministry of Culture, Education, and Sport denied the permit. It denied a second permit request, too, in May 2015.

Further according to court records, Botin told his captain to send the painting from Madrid to the 213-foot (64.85-meter) Adix, docked in Valencia, and hide it shortly thereafter. In June 2015, authorities inspected Adix in Valencia. While the captain provided them with a list of artwork onboard, it did not mention the Picasso. Adix then departed for Corsica, where court records indicate that Botin intended to send the painting to Switzerland via private jet. He also had requested a permit for transportation. French customs officials, working with Spanish authorities, boarded the yacht and discovered the painting in packaging in the captain’s cabin.

Botin’s lawyer argued that since the Picasso was aboard Adix, it technically was never in Spanish territory. Specifically, since the painting was aboard a yacht flying the British flag, this “makes it foreign territory even when the boat is docked in Spanish ports.” Furthermore, his lawyer argued that the painting was to head to Switzerland for safekeeping. The court dismissed the arguments with its verdict last week.

Despite the verdict, released on January 16, Botin has the right to appeal the sentence. He must do so within 10 days of the decision being handed down. Regardless, he may not have to serve the full sentence, due to his age (83) and this being a first-time offense. The painting, meanwhile, is in the custody of the Reina Sofia museum in Madrid.