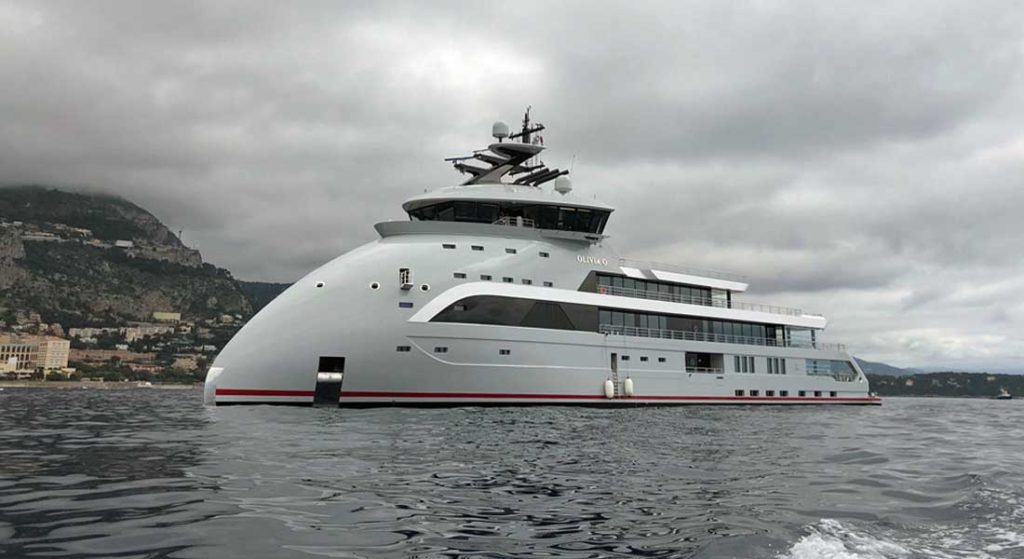 With all of the megayachts that grace the harbor in Monaco, the arrival of a yacht there does not elicit fanfare. Except in the case of Olivia O. The newly delivered yacht pulled into port earlier this week, with a water-hose salute from the Monaco Yacht Club.

First seen on sea trials in 2018, Oliva O is anything but typical in style. The 290’4” (88.5-meter) motoryacht is decidedly robust, set to head off on adventurous expeditions. She features a trademarked reverse-bow design called the X-Bow. While Olivia O is the first yacht to feature it, more than 100 commercial ships from her builder, Norway-based Ulstein, already bear it. Ulstein holds the trademark, too. The design improves handling in rough seas, plus lowers fuel consumption by reducing hydrodynamic drag. Additionally, it results in less spray on deck. 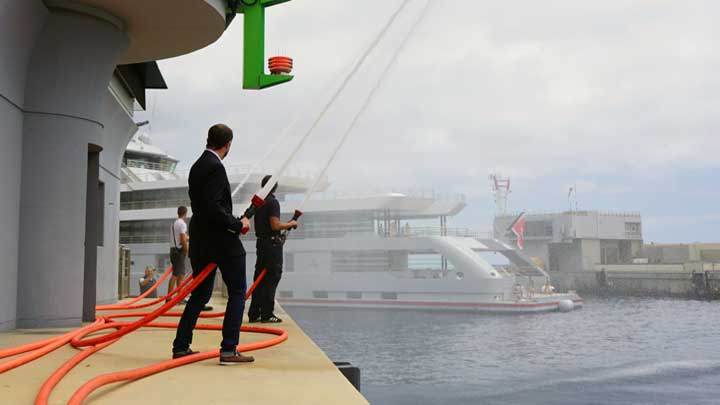 The owner of Olivia O, Eyal Ofer, selected Ulstein for this design and its overall commercial prowess. He knew of its abilities because of his own background in shipping, among other industries. However, he also wanted softer, superyacht looks, so he turned to Espen Øino for styling and the general arrangement. Within her 52 feet (16 meters) of beam, Ofer, his wife, and his guests can enjoy several lounges and private areas. Twenty people have eight staterooms at their disposal, along with in-demand features like a spa, a gym, and a good-size private theater. Decor-wise, the starting point for the five-deck-high yacht was a Japanese theme. While tones are primarily subdued, textures add more interest. Ofer’s wife and Droulers Architecture collaborated for the details. Outside, meanwhile, Olivia O further contains a pool. For times when the megayacht is in truly remote areas, her helicopter and helipad will be especially helpful. 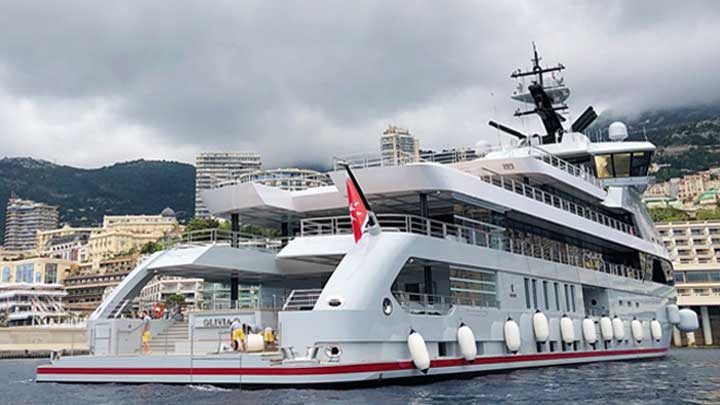 Olivia O has been a long time coming. Ofer signed the contract in 2016.