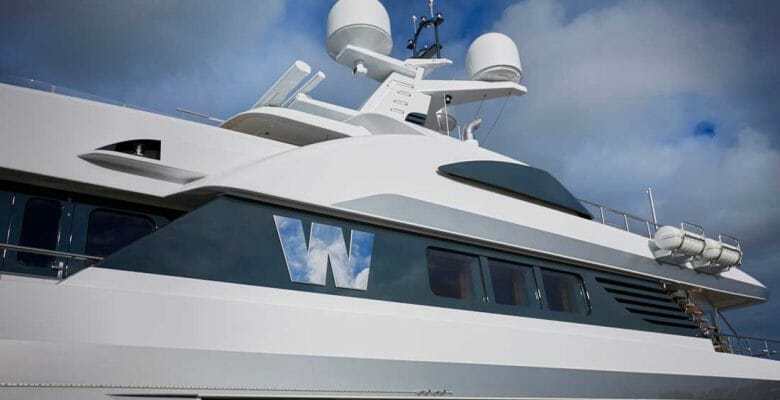 “I am convinced that the only way to retain full Feadship pedigree is to access the formidable talents and capabilities of the entire Feadship organization,” says the owner of the superyacht W. “It was wonderful to be able to bring her back to the Netherlands and know that she would be upgraded by many of the same people that actually created her seven years ago.” That 10-month upgrade recently completed, and W returned to her owner last week.

The owner acquired the nearly 189-footer (57.6-meter) megayacht in 2019. The yacht originally launched as Larisa in 2013. A number of items on the refit list involved systems overhauls and upgrades. For example, the wheelhouse now has entirely new displays, and lighting throughout the decks switched from halogen bulbs to LEDs.  Her MTU engines, stabilizers, and more received attention, too.

From a new metallic-silver paint job to major modifications on deck and throughout her interior, however, the superyacht W better reflects her owner’s tastes and cruising lifestyle. In fact, the owner started making mental notes about improvements soon after buying the yacht. 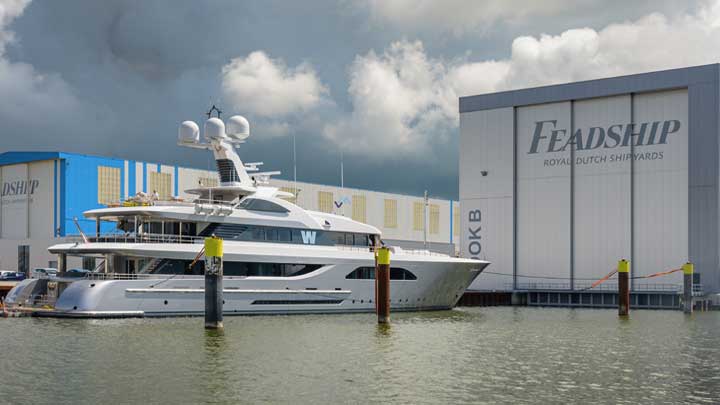 One of the most significant changes aboard is the stateroom total, rising from four to six. Changing the original VIP stateroom below decks to two equal-size staterooms took care of this. So, too, did adding a Murphy bed in the bridge-deck lounge. The occasional guests who’ll use this as a stateroom—with an enviable view, no less—have an upgraded head as well. The former dayhead is now a full-fledged marble bath. Additionally, back on the main deck, the superyacht W has a more open main saloon. And, outside, the sundeck gained a bigger hot tub, along with a larger, expandable dining table.

Interestingly, despite the major modifications, the original Bannenberg & Rowell interior design from seven years ago is largely the same. The owner did, however, make some changes with A La Mer. 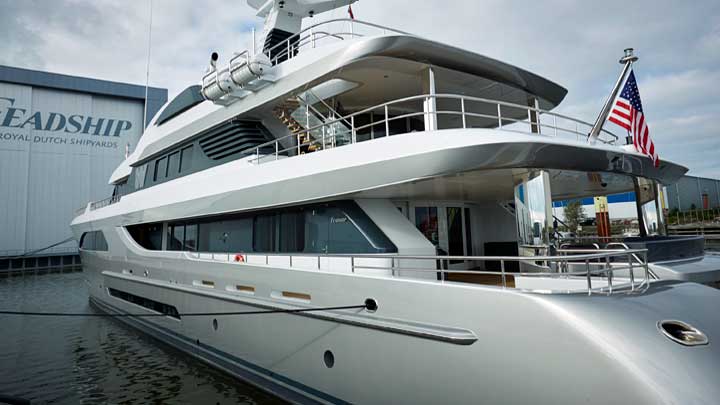 Also despite the lengthy list of changes, which grew during the refit, the yacht does not look dramatically different, explains Hans van der Wiel, the project manager. “You really would feel that W was built this way in the first place,” he asserts. He adds that despite COVID-related safety challenges delaying delivery and forcing consultations to go remote, the owner is “impressed” with the teams adapting.

Finally, the superyacht W bears a Feadship Authentication Certificate. Available from both refits at Feadship as well as partner shipyards, it attests to the changes meeting the shipyard’s standards.