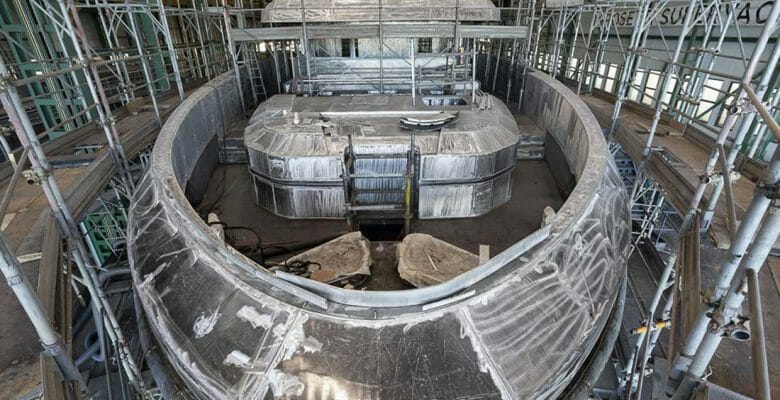 UPDATE, AUGUST 30, 2021: Emocean, hull number one of the Rosetti 38m EXP series, is in her owners’ hands and will premiere at the Cannes Yachting Festival in September. Rosetti Superyachts has decided to start hull number two on spec shortly, anticipating delivery in July 2023.

With 95 percent of welding done, and 15 percent of the woodwork installed, the Rosetti 38m EXP keeps progressing. Rosetti Superyachts (RSY) has been collaborating closely with the owners, even in matters where most owners don’t personally get involved.

Signed in 2019, this 124-foot (37.8-meter) long-range cruiser is for an owners’ party of 10. Hydro Tec has engineered her for a 5,000-nautical-mile range at 10 knots with twin MANs, according to the shipyard. “It’s true that in terms of aesthetics, she doesn’t resemble a typical explorer,” comments Andrea Giora, the yard’s sales director. However, he continues, “she complies with the most important characteristics that we associate with an explorer,” meaning long range and the autonomy that comes along with it. The owners plan to travel the world, and therefore prioritized these in their design brief. 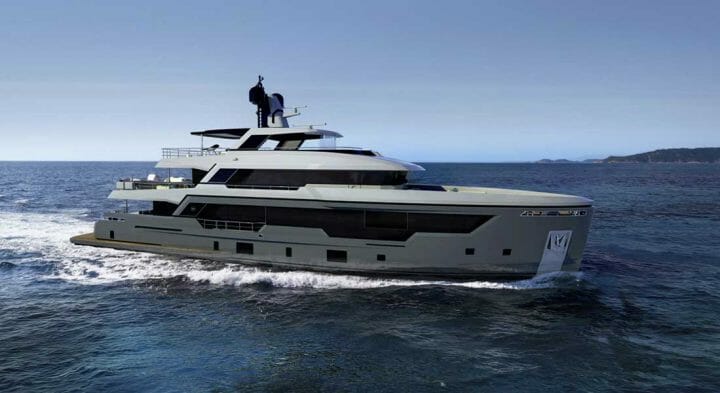 The owners of the Rosetti 38m EXP further chose RSY for being part of a commercial shipyard builder, Rosetti Marino. The same craftspeople who construct ships and platforms for the offshore oil and gas industry are building the yacht. “The owners also wanted to be able to interact with the yard in choosing the best suppliers and subcontractors,” says Emanno Bellettini, RSY’s CEO.

With about 7,535 square feet (700 square meters) of usable space, the RSY 38m EXP divides it nearly evenly between inside and outside. BurdissoCapponi Yachts & Design, a design studio in RSY’s hometown of Ravenna, Italy, is giving the owners and guests an oak-lined interior to enjoy. Both light and dark stains are being used. So, too, are art niches. The main lobby will contain a striking sculpture as a focal point as well. Outside, meanwhile, the sundeck pool’s waterfall feature should be a conversation starter.