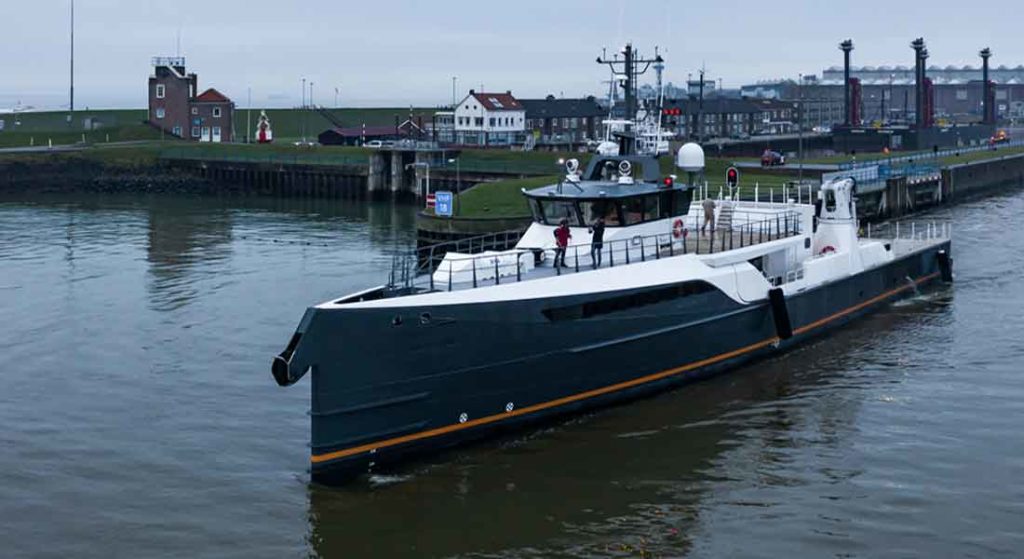 Jonathan Rothberg, the owner of Gene Chaser, has a straightforward explanation for this new vessel’s name, and purpose. “We are going to go after genes to combat global warming and clean up the oceans and the air.” In fact, he says, “In our planet’s very genes lie the answers to our biggest challenges and the key to our salvation.” This 180-foot (55-meter) Damen Yacht Support vessel will do more than help him and fellow scientists uncover those answers. She’ll broaden the scientific and research efforts of Rothberg’s existing Amels megayacht, the same-size Gene Machine.

Rothberg is a pioneer in genetic sequencing technology. Notably, he received the National Medal of Technology and Innovation in 2016 from President Barack Obama for making genome sequencing faster and less expensive. Furthermore, he’s currently awaiting approval of his company’s coronavirus test, which he conceived while onboard Gene Machine.

Capt. Matt Gow, who runs Gene Machine, shares, “Extending the scientific and research side of Gene Machine has been in the cards for a while, and this Yacht Support provides the ideal solution.” Gene Chaser actually launched as Blue Ocean late last year, with Rothberg acquiring her and requesting changes to suit his needs. For instance, he wanted her saloon to be a wet and dry lab instead. Further rooms transformed into conference and education centers. Eight guest staterooms remain, however, for eight researchers and scientists. The crew area accommodates seven crewmembers along with four more scientists, too. The elongated aft deck can carry Gene Machine’s Fjord 42 and a Hatløy Maritime Oxpro AL8 landing craft. She has a substantial hangar, too, for subs and diving operations, among other purposes. Room remains for more mission-specific equipment on deck when needed. 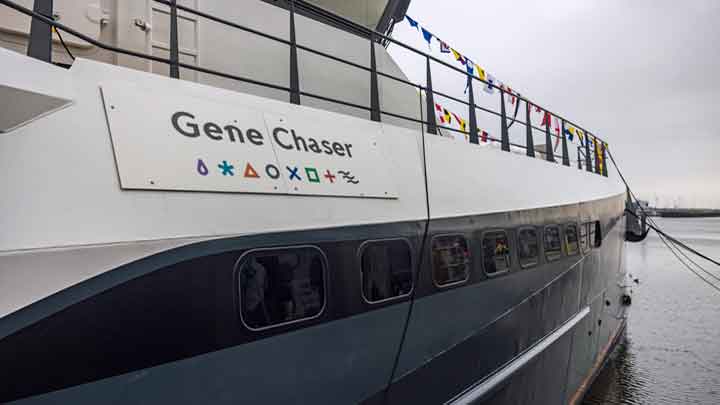 Ultimately, though, Gene Chaser serves another crucial role for Rothberg and his fellow researchers. “It enables them to separate this work from their family time on Gene Machine,” Gow notes.

“Gene Chaser really sums up what a Yacht Support is all about,” says Jan van Hogerwou, Damen Yachting’s commercial executive.

Rothberg is eager to get started. “Gene Chaser will be the tip of the spear as we deploy never-before-available technology to characterize, understand, and expand our knowledge of biodiversity, and identify nature’s solutions—within her genes—to the world’s greatest existential threats.”