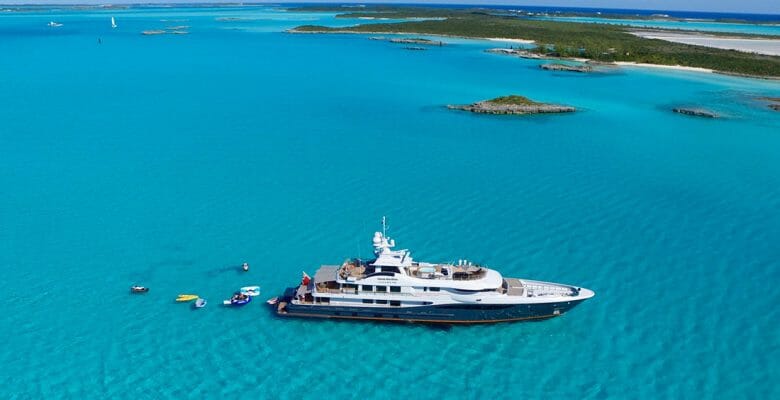 I’ve been following Jonathan Rothberg, the owner of Gene Machine, on Twitter for more than a year. Of the 1,500 tweets that he has sent, one from March 7 of this year stopped me dead in my tracks. Pinned to the top of his feed, it reads, in part, “Thinking about a low cost, easy to manufacture home test kit for #Coronavirus.” A photo of his desk and some lab equipment aboard Gene Machine accompanies the tweet. Within just two weeks, the kit has gone from concept to execution. Rothberg and a team of molecular biologists are working on a simple test to permit anyone to swab the inside of his or her own mouth and use a smartphone app to analyze the sample.

Further compliant with federal regulations regarding patient-data privacy and security, Rothberg’s solution would solve a problem scientists believe are driving the pandemic. Namely, undocumented infections, and therefore unreported cases, are exposing significant populations to the virus. Within five days of his initial tweet, Rothberg shared the first specs for the at-home coronavirus test. The user-friendliness of the test and the analysis are key components. In brief, using your smartphone’s camera and the app to “read” the sample, you’d get results in 30 minutes. Similar to a pregnancy test, colors would inform you of positive or negative results.

So, why is the owner of Gene Machine (delivered in 2013 by Amels) involved? Rothberg is a pioneer in genetic sequencing technology. On a related note, he received the National Medal of Technology and Innovation in 2016 from President Barack Obama. Specifically, he received it for making genome sequencing faster and less expensive. Furthermore, as he tweeted on March 7, “I’ve done my best creating when faced by a challenge. Next gen sequencing when my son went to newborn intensive care.” He adds that issues his daughter faced with her kidneys led him to develop an ultrasound on a microchip, for monitoring.

Rothberg is quick to point out the COVID-19 test is not easy, plus to give credit to the teams collaborating with him. They include the Bill and Melinda Gates Foundation. In another tweet, dated March 19, he writes, “I’m working with the most dedicated people on earth. I just happen to be blessed because the people I work with are demigods of #molecular #biology. And they decided to take the most sensitive lab #test for #COVID19 in the world and throw away the machine so it will work at home.”

They’re doing so on land as well as aboard Gene Machine. (The yacht is under quarantine in a Florida marina.) Interestingly, Gene Machine has played a role in other scientific discoveries, too. A few years ago, the onboard lab helped in extracting DNA from sea water collected around the world. Those waters include the ones of Svalbard, where the yacht visited in 2018.