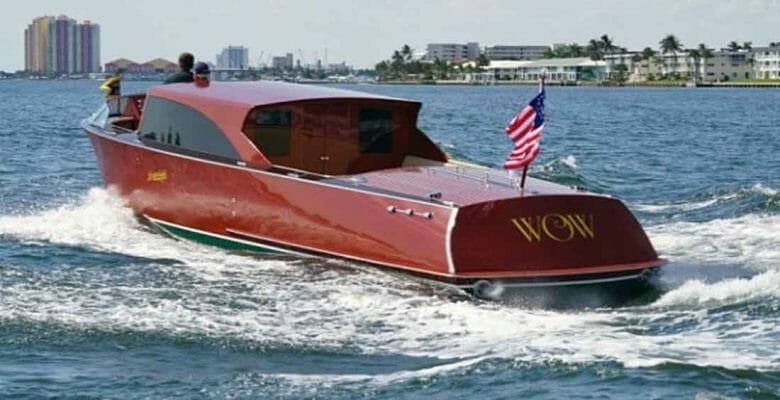 In a few weeks, the wooden boatbuilding and restoration operations for the storied Hacker-Craft brand will be under a new roof. The Hacker Boat Company is in the midst of relocating from one part of upstate New York to another.

Hacker Boat Company is the largest American manufacturer of classic mahogany motorboats. The new facility is in Queensbury, about a half mile off the Adirondack Northway (a.k.a. I-87). For many years, the corporate offices and construction sheds have been about an hour away in Ticonderoga. There, they have occupied a 32,000-square-foot (2,973-square-meter) facility. We visited that site in 2013, in fact.

Due to Hacker-Craft production increasing, the company actually began seeking a new site in Queensbury back in 2015. However, the properties it evaluated did not suit its full needs. When another property in that town became available recently, it was a much better fit. Notably, the new Hacker-Craft headquarters represent a 40 percent increase in size. Some renovations have already taken place, with more coming, too. The corporate offices occupy some of the newly transformed spaces. Boatbuilding and restoration operations should move later on this spring.

Due to the extra space and the extra demand for Hacker-Craft boats, the company is recruiting additional craftspeople, too. Besides selling throughout the United States, the builder sees new opportunities in Europe as well as the Middle East. The builder further plans to expand its restoration services. The origins of the company date back to 1908. Several classics remain on the water to this day.

Anticipate a showroom and ship’s store eventually to come to the Queensbury site as well. For now, the showroom remains in Silver Bay, along the shores of Lake George.