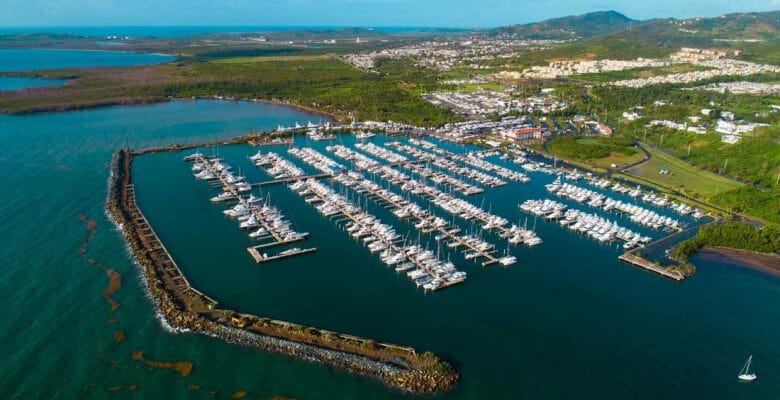 A Puerto Rico-based marina accommodating some of the largest megayachts afloat is under new ownership. Puerto del Rey, which further touts itself as the largest marina in the Caribbean, now belongs to Safe Harbor Marinas.

The facility encompasses about 140 acres in Fajardo, about a 45-minute ride from the international airport in San Juan. Fajardo sits on the easternmost tip of the island. This location additionally makes it popular for boaters to use it as the embarkation point to go to Culebra, Vieques, as well as the U.S. and British Virgin Islands. The marina itself accommodates yachts to 200 feet (about 61 meters), and has a draft of 15 feet (4.57 meters). Overall, about 1,000 wet slips are available at Puerto del Rey. Furthermore, it has dry-stack facilities to hold 750 small boats and watercraft. Boaters with all shapes and sizes of craft also take advantage of its deli and market, a beauty salon, a gym, a business center, and a car-rental office.

Equally important, Puerto del Rey benefits from natural protection. Mountains sit to its west, while mangroves are to the east. This, the staff says, helps keep strong winds and storm surges at bay.

Safe Harbor Marinas, which strives to make marinas more hospitality-oriented rather than parking-lot-oriented, has acquired a number of megayacht marinas this year. In Florida, for instance, it took over both Rybovich and Lauderdale Marine Center. Interestingly, just a few weeks ago, Safe Harbor Marinas added San Diego-based Sunroad Resort Marina to its portfolio. While its slips are for smaller yachts, it does accommodate megayachts to 120 feet (about 36.6 meters) on end tie-ups.