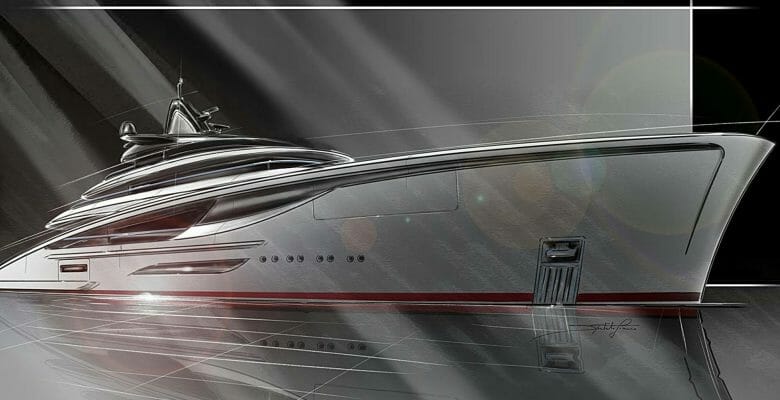 Measuring 220 feet (67 meters) long, CRN M/Y 143 is officially under contract. Going by the name Project Maranello for the time being, the megayacht represents a repeat collaboration between the shipyard and Nuvolari-Lenard.

In fact, Project Maranello, featuring a steel hull, is the eighth yacht to result from the pairing of the two Italian companies. Most recently, the shipyard and design studio worked together to deliver Voice—a yacht whose owner only recently permitted several fascinating facts for release. Additionally, since 2001, the shipyard and studio have seen Magnifica, Clarena, Saramour, Azteca, and Atlante handed over to clients. Of course, each has been a fully custom yacht. The eighth yacht, still to launch, is CRN M/Y 141.

Although little is available right now about Project Maranello, the shipyard does say that Moran Yacht & Ship is playing a major role. Specifically, the company helped create the technical specifications, plus will handle project management throughout the entire build. The latter duties include coordinating subcontractors.

Interestingly, something of primary importance to the owner is lower-impact propulsion. Project Maranello therefore will include a diesel-electric system. Although anticipated performance figures are not yet available, the megayacht should benefit from more operational flexibility and lower emissions.

At this time, CRN is not releasing further information about the project. This includes information on the guest accommodations as well as the general arrangement.