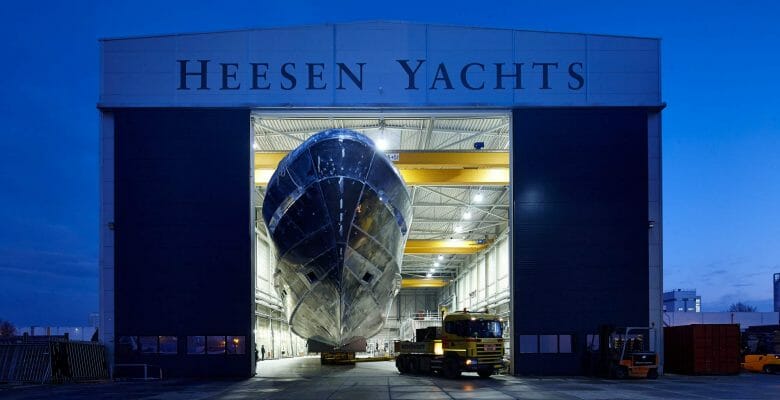 Vagit Alekperov, the president and CEO of Lukoil and the Heesen Yachts UBO (ultimate beneficial owner), is under sanctions. They relate to the Russian invasion of Ukraine. The United Kingdom placed him on its sanctions list on April 13.

Alekperov faces this scrutiny because Lukoil is Russia’s largest non-state oil company. The British government indicates, “Through his directorship of Lukoil, Alekperov continues to obtain a benefit from and/or continues to support the Government of Russia by working as a director… trustee, or equivalent, of entities carrying on business in sectors of strategic significance to the Government of Russia, namely the Russian energy sector.”

The move comes five weeks after Lukoil’s board of directors called for “the soonest termination of the armed conflict” in a statement. It further expressed “sincere empathy for all victims.”

Alekperov is the Heesen Yachts UBO through his investment company Morcell Ltd., a Cyprus-registered firm. The shipyard acknowledged the sanctions in a statement to the media yesterday. Additionally, it says, “Heesen only reports directly to its sole shareholder, Morcell Ltd. Heesen’s UBO does not actively or directly manage our business in any capacity.” Specifically, the shipyard says, a professional management board oversees its operations. Additionally, it indicates that an independent supervisory board appoints the management board personnel.

Besides being the Heesen Yachts UBO, Alekperov is the owner of a few of the yard’s superyachts. These include Galactica Super Nova and Galactica.

In its statement yesterday, Heesen Yachts reiterated information sent following the resignation on March 10 of two supervisory board members. Those members were Pavel Novoselov and Pavel Sukhoruchkin, who served for 10 years. In March, both Heesen Yachts and the two executives noted the developments in Ukraine as the reason for their resignation. “The current situation imposes us to step back for the good of a company that is close to our hearts,” they said at the time. In its most recent statement, Heesen says Novoselov and Sukhoruchkin resigned “to further emphasize the shipyard’s independence and Dutch nature.”

Citing its adherence to legal and regulatory requirements, Heesen also says it is cooperating fully with government agencies. Furthermore, it expresses sadness over the invasion of Ukraine. “We condemn violence in every form and hope for a fast resolution of the war,” it states.