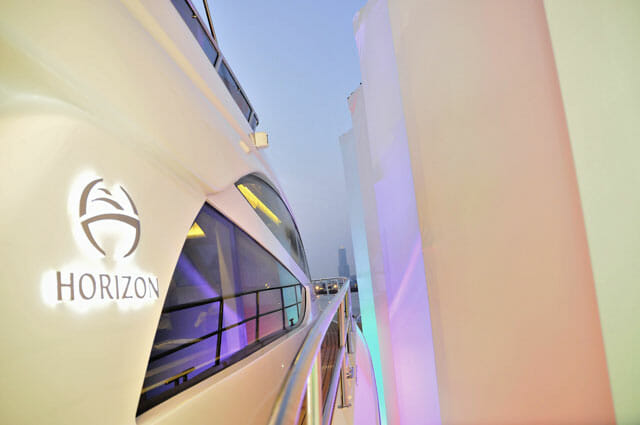 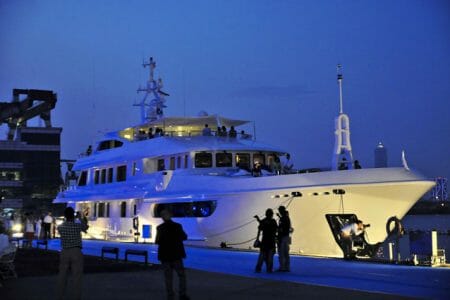 Horizon Yachts hosted an open house for clients and media at the end of June to showcase a handful of yachts and megayachts, including its new expedition-style EP148 megayacht Horizon Polaris (pictured)—and ended up signing contracts for another megayacht plus three smaller boats.

Horizon held the open house to mark its 25th anniversary and to show the diversity of its offerings. Besides the official unveiling of Horizon Polaris, which will be exhibited at the Fort Lauderdale International Boat Show in October, the open house included:

While guests were treated to music, fashion shows, and more, a handful of them signed contracts for new Horizons. One client ordered an RP120, while the others commissioned yachts from 54 to 66 feet. The RP120 bears styling by Espinosa and accommodations for 10 guests. No word yet on how the interior will be arranged or what woods and other soft goods it will feature.