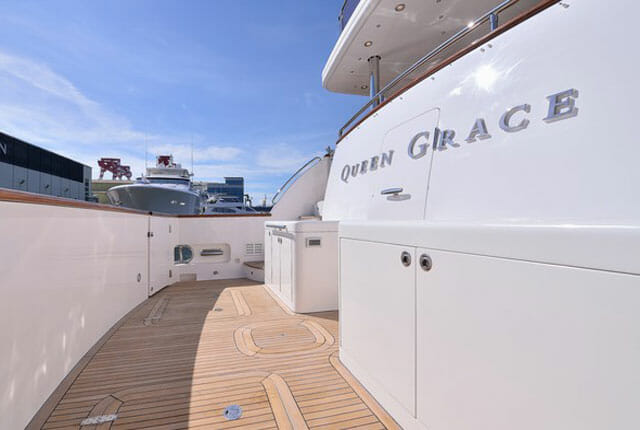 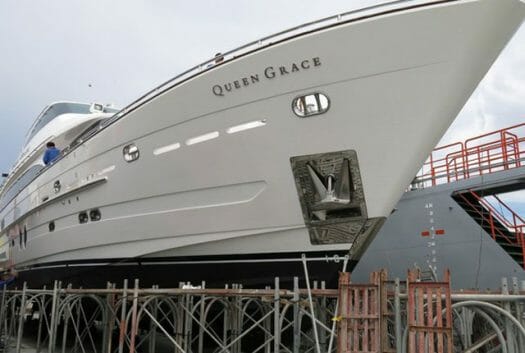 A two-month stay at Horizon, where she was built, refreshed the overall look of the nearly six-year-old Queen Grace.

The 105-footer (32-meter) was already due for a haul-out and maintenance works. The owner of Queen Grace, a restaurateur, is passionate about his yacht and his leisure time. He therefore decided the yacht, built in 2008, was also due for design changes.

Some of those changes took place outside. Queen Grace has a new, teak-lined swim platform. She also has a diving board. The windows for the pilothouse were modified, too. That in turn led to some aesthetic alterations to the superstructure. 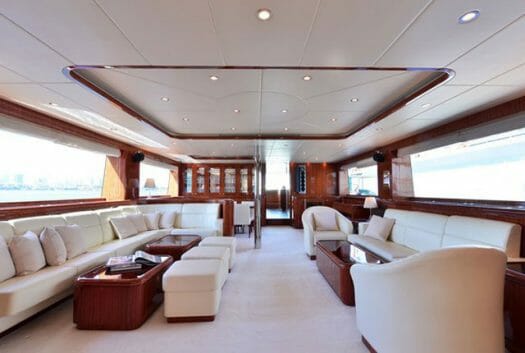 Inside, Queen Grace gained a reconfigured dining area. It’s U-shaped, making for a convivial atmosphere. The day head was also redone, as were the entire crew’s quarters. Since some of the work aboard Queen Grace involved full room modifications, paneling needed replacing. But, understandably, the owner would not have wanted a stark contrast between the nearly six-year-old woodwork in some areas and the new woodwork in others. Horizon’s team was able to match the veneer.

On the technical side, Queen Grace got a thorough check of all systems and reconditioned props. And, a fresh coat of paint made her ready to roll.

Queen Grace is one of several Horizon deliveries in recent years that returned to the shipyard for maintenance and/or refits. Generally speaking, this “returning home” concept seems to be growing in popularity among some owners.