Home / Yachts / Motoryachts / Got Glass? Feadship Hull 692 Does—Lots of It 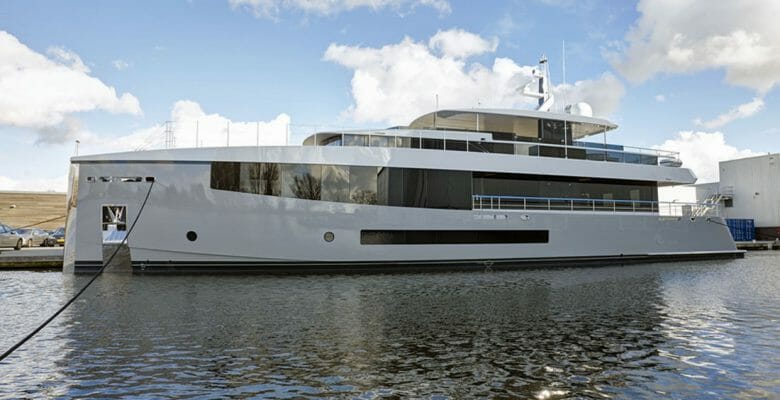 First there was Venus, now there’s this 109’9” (33.5-meter) megayacht from the same builder. An enormous amount of glass characterizes Feadship 692, just as it did Venus. In fact, the yard says that Hull 692 (her name is being kept confidential for now) features the highest percentage of glass ever as a portion of the profile for a Feadship.

That LOA likely takes you by surprise if you’re familiar with Feadship. Its deliveries are usually larger than the 130-foot mark, on up into the 300-foot range. But, as the yard’s CEO, Henk de Vries, explains, “We don’t like saying no to clients.” The owner of Hull 692 was an existing customer and wanted a smaller megayacht, still fully custom. But, there was one important caveat, from Feadship itself. “I would only be economically viable for the client if we built three of them to the same design template,” de Vries says. As long as the owner could get two additional buyers for the extra yachts, he adds, all systems were go.

And go they did. Interesting enough, Feadship ended up designing and selling two more similar megayachts. Word of mouth brought an interested buyer for a slightly bigger boat (by one meter, or about three feet). More recently yet another buyer came, “who also twisted our arm to build the fifth and final one,” de Vries says. 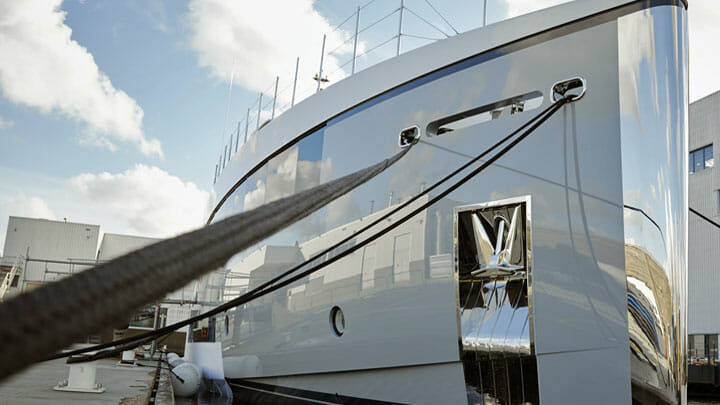 As for Hull 692, the all-aluminum megayacht features styling and naval architecture by De Voogt Naval Architects. Interior design is from Bannenberg & Rowell Design. The above-mentioned glass should surely enhance the sensation of the 25’9” (7.9-meter) beam. So, too, should the eight-foot-high (2.45-meter-high) overheads.

Ten people in the owner’s party will be taken care of by six crewmembers. Naturally, the master suite is on the main deck—but so, too, is the crew mess and galley. Below decks, a double and a twin stateroom can combine to become one big VIP.

The original two additional megayachts, Hulls 691 and 693, launch in the coming months. The final two launch next year.