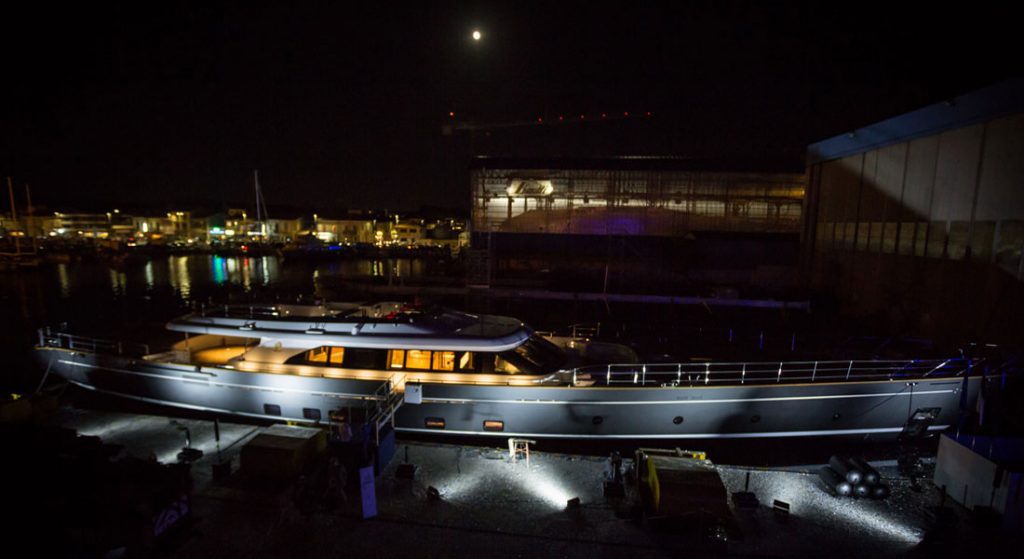 Perini Navi has come a long way since Fabio Perini first opened its doors in Italy in 1983. The yacht construction now includes launch number 62, the sailing superyacht Seven. At 197 feet (60 meters), she is part of the shipyard’s 60m series.

Launch took place this past Saturday, with the owners, their family, and friends watching her slip into the water. Built entirely of aluminum, Seven follows in the footsteps of the series’ other two deliveries. They are Seahawk and Perseus³. (The former launched in 2013, while the latter launched in 2015.) This means naval architecture comes from Perini Navi’s own in-house team as well as Ron Holland Design.

On a related side note, though, not all three are exactly the same. Each, of course, has her own interior designer. The owners of Seven selected Dante O. Benini & Partners. The Milan-based studio has diverse specialties on land, as well as at sea. Some of its previous yacht projects include collaborations with Sanlorenzo and VSY.

As for the sailing superyacht Seven, unfortunately Perini Navi has not released details. The media and public can get their first looks, though, at next month’s Monaco Yacht Show.

Also unfortunately, we do not know if the owners of Seven plan to race her. But, if they eventually do, they can feel confident because Seahawk is a proven regatta competitor, as are many Perinis.