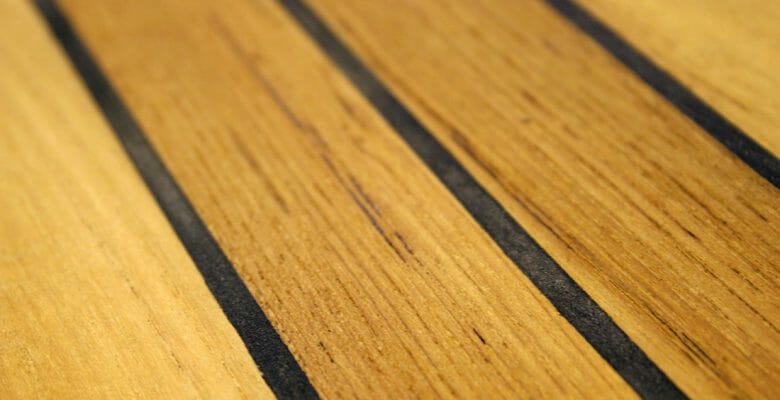 The Environmental Investigation Agency (EIA) makes the allegations. It focuses on protecting the global climate, forests, and threatened species. The EIA says its research reveals two suppliers for the builders’ deck installers use illegally traded teak from Myanmar. It explains that these suppliers violated the European Union Timber Regulation (EUTR). The EUTR ensures that no illegally harvested wood or wood products sell in the EU. Specifically, wood sellers (the companies making the initial sell within the EU) must exercise due diligence to ensure their imported timber’s legality. They further must demonstrate efforts to do so.

The EIA is not accusing either Princess or Sunseeker of seeking illegally traded teak. It also points out that the EUTR does not regulate these builders. Furthermore, the EIA is not accusing their deck installers, Moody Decking and D.A. Watts & Sons, of seeking illegally traded teak. Rather, it’s alleging NHG Timber and Vandercasteele Houtimport, the suppliers, acted improperly.

Additionally, the organization says government officials corroborate its research. Reportedly, UK authorities confirm that NHG Timber breached EUTR rules for trading Burmese teak. Therefore, the EIA adds, authorities bar NHG Timber from placing additional Burmese teak on the UK market until it proves legal compliance. As for Vandercasteele, the EIA claims it, too, is operating in breach of the EUTR. As a result, the organization says, Vandercasteele faces regulatory enforcement in Belgium.

NHG Timber did not respond to a request for comment by press time. On its website, the company displays compliance certificates from international timber and forestry bodies. These include the Forest Stewardship Council. Vandercasteele sent us a statement, in part reading, “We are convinced that our due diligence for all timber coming from Myanmar is compliant with the EUTR.” The company adds that it “believes it provides sufficient official information and documentation” proving the timber it acquires complies with the Myanmar Ministry of Natural Resources and Environmental Conservation. Furthermore, Vandercasteele states, the Myanmar Forest Certification Committee checked its due diligence in the presence of the ministry during a visit to Vandercasteele premises last June. Finally, the Vandercasteele purchasing manager intends to perform “an internal audit of the log traceability into the forest of Myanmar” later this month.

Regarding Princess and Sunseeker, EIA states, “It appears that teak on these yachts traded since the EUTR came into force has been traded illegitimately.” This means “their customers are unwittingly receiving non-compliant wood products.” The EIA goes on to say, “Myanmar has acknowledged that combating illegal logging and the associated criminal trade is a priority in addressing corruption and lack of transparency, but the ongoing demand for Burmese teak by European shipyards such as Sunseeker and Princess Yachts undermines this. If the companies are unable to source legally traded Burmese teak, then they must make use of readily available legal alternatives.”

We contacted Moody Decking and D.A. Watts & Sons for commentary. Moody did not reply by press time. D.A. Watts says it strives to ensure that its suppliers’ materials “are responsibly and legally sourced.” It adds, “We feel that our sole supplier of teak, Vandecasteele Houtimport of Belgium, have always provided the best material that is within the required scope in both quality and legality. As Vandecasteele is the operator and we are the trader, we monitor their due diligence process in order to reassure our clients that the delivered teak deck is produced according to the EUTR regulations. D.A. Watts & Sons have never knowingly purchased any material that falls short of these standards, and never will do.”

We are extremely careful in sourcing raw materials for our products and take all reasonable steps to ensure that these are provided to us by reputable licensed suppliers, in accordance with all relevant international laws, including those of the United Kingdom and the European Union. To that end, we only purchase materials from those specific companies who have been approved and are committed to, and comply with, the relevant and applicable regulations.

In light of the claims by the Environmental Investigation Agency, we are working with British Marine to gain further understanding of the alleged supply chain issues that have been highlighted, as these were entirely unknown to us at the time of publication and have not been independently confirmed as accurate.

It should be stressed that Princess Yachts Ltd. was not invited to comment on the claims in advance of publication by the EIA, nor was the company afforded any opportunity to conduct inquiries with suppliers to establish the facts. Until we have done so, we are unable to comment further. The representative body for the Marine Industry, British Marine, is looking into this matter—as teak is a material widely used within the UK’s strong marine manufacturers and suppliers—and we are currently defaulting to their guidance on establishing a way for all of its members to continue to ensure the industry as a whole remains environmentally astute and focused on sustainability.

Sunseeker International is not aware of any breach of the EUTR nor is regulated by them.

Sunseeker has not received a notice from any recognised enforcement authority of a breach of the EUTR within the company’s direct or indirect supply chain, relating to the procurement of teak or any other products.

Sunseeker is a socially responsible manufacturer and committed to ethical business practice. We regularly undertake supply audits of our teak supply chain to ensure it is responsibly sourced and would never knowingly use teak which is not.

In light of the EIA report however, Sunseeker will further investigate the procurement of its teak through the Department for Business, Energy & Industrial Strategy to obtain the facts, and it will make appropriate action, if required to do so.