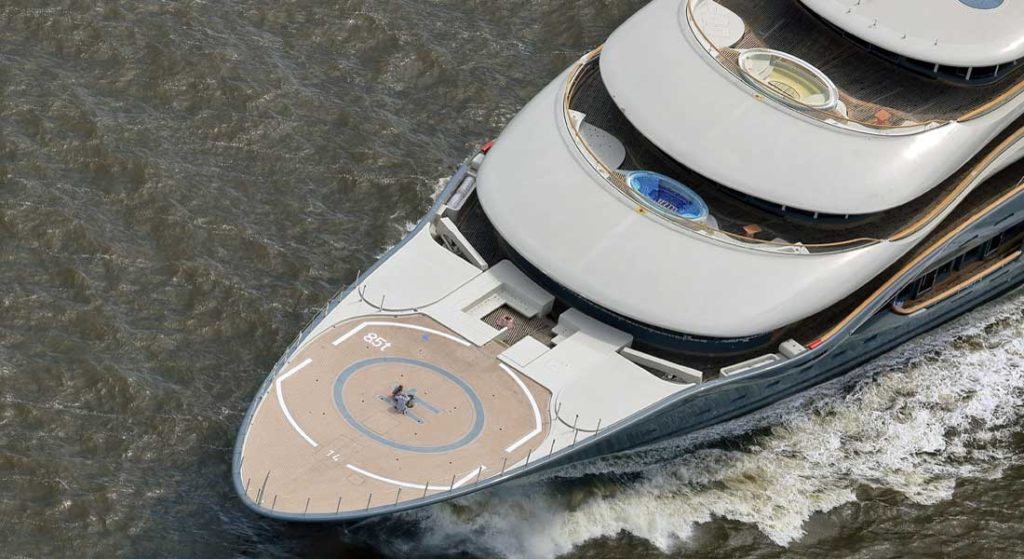 Yacht watchers are accustomed to admiring a megayacht’s styling from at sea or on shore. With Project Shu, however, horizon-level views don’t fully do her justice. To really appreciate this Lürssen, you need to get a bird’s-eye view. Thanks to her most recent set of sea trials, which took place last week, here’s your chance. 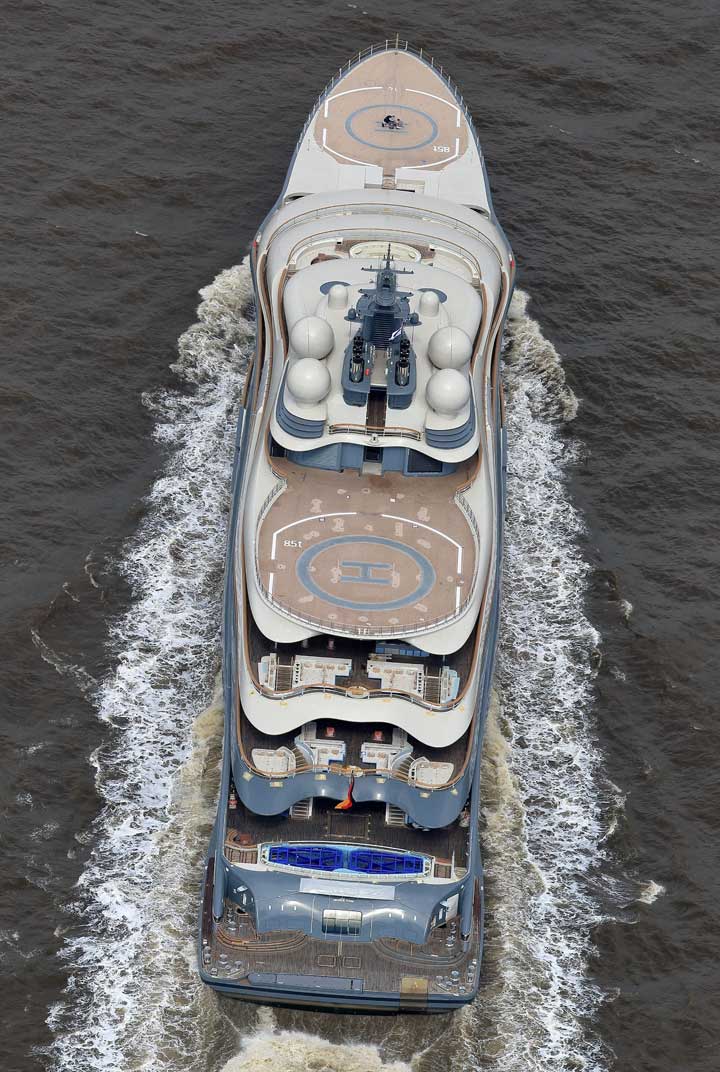 Project Shu actually has been conducting sea trials for the past several weeks. Indeed, the initial trials started in March. Since Lürssen hasn’t disclosed details about her, though, facts are few and far between. Project Shu is rumored to be a minimum of 426’5” (130 meters). As for the project name, it comes from a yacht watcher who’s kept a close eye on construction. Even during sea trials, her nameboards remain covered with banners. Unfortunately, there’s also no confirmation of a naval architect, stylist, or interior designer.

Regardless, you don’t really need a name or names to appreciate Project Shu’s outward appearance. Until we saw the set of aerial photos to which these belong, even we didn’t realize just how curvaceous the megayacht is. She’s strikingly shapely from deck to deck, even hourglass-like in nature.

When Project Shu made an initial appearance in December, we, and other media, were more focused determining her LOA. She was in proximity to Al Lusail, the 403-footer (123-meter) still under construction at the time. Since Project Shu seemed a good deal longer, her estimated length seemed relatively accurate.

Now that we’ve seen more of her, however, we’re appreciating her design all the more. These photos also give you your first looks at other features. For instance, she has a handful of skylights forward on her upper decks. A large one adorns the uppermost deck, while three smaller ones appear one deck down, the same level as one of her two helipads. Sticking with the circular theme, several pools and/or hot tubs scatter about the decks, too.

We still expect Project Shu to see delivery in the coming weeks. She’ll rank among the top 20 largest yachts in the world.