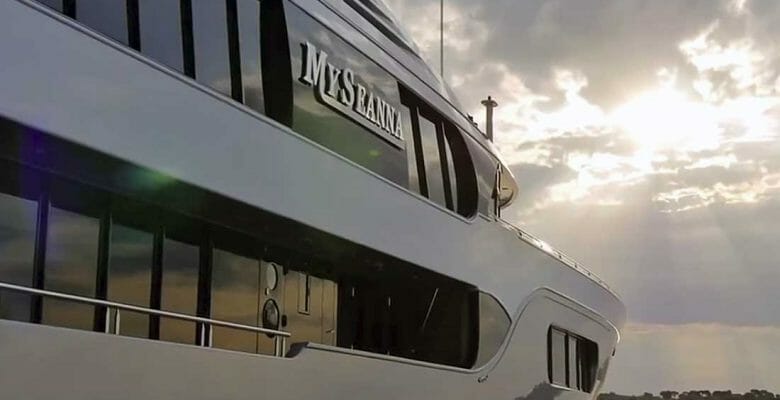 This fall marks another new season of Below Deck—specifically, season six for the reality-TV series. Expect to see more trials and tribulations of crew life, this time in Tahiti. Also expect to see another megayacht as a star of the show, the charter yacht My Seanna.

Built in 2000 by Delta Marine, My Seanna was originally Gallant Lady, 160 feet (48.8 meters) LOA. In 2014, My Seanna wrapped up a refit that added 25 feet (7.6 meters) to all three decks. The extra space allows for some stand-out features for charter parties of 12. Inside, for example, there’s an upper-deck VIP, letting guests wake up to terrific views. The yacht also now has a beach club. In addition, throughout the main deck of My Seanna, you’ll find white marble soles and rich woods, setting a dramatic scene. Speaking of dramatic, watch the underwater world swim by, thanks to a camera beneath the hull sending a live feed to a TV in the skylounge.

The megayacht also gained abundant alfresco areas for guests to gather and relax. Surely popular is the hot tub with a waterfall and swim-up bar access on two sides. A helipad is up top, too. If nighttime weather permits, you can watch movies under the stars on a huge (11-foot, or 3.35-meter) screen.

When it comes to watertoys, you have quite the selection at your disposal. My Seanna tows a Van Dutch powerboat, plus has PWCs and a RIB. Waterskiers, snorkelers, and divers will all be pleased, as will stand-up paddleboard enthusiasts. Add in inflatable kayaks and the water slide, and you might be hard-pressed to call it quits for the day.

You can see My Seanna on Below Deck starting on October 2. To book her for your own charter vacations, contact her central agent, Burgess. She’s spending the winter in the Caribbean and The Bahamas. Her weekly base rate is $392,000 per week during high season, $294,000 per week during low season.