Home / Charter & Cruising / Below Deck Season 9 Heads to St. Kitts Aboard My Seanna 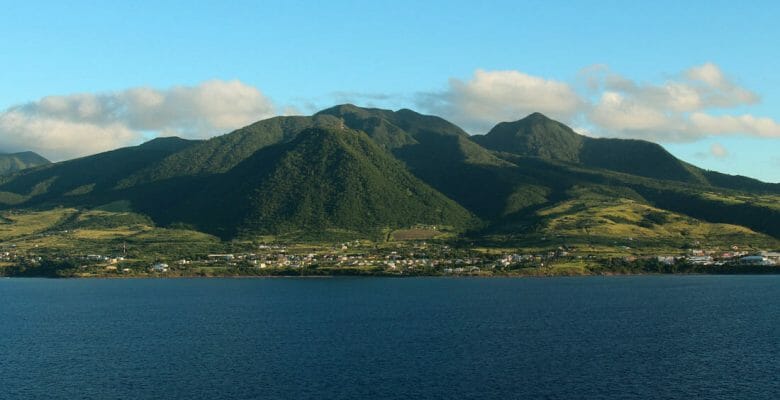 The most-watched franchise on the Bravo television network returns for another season this fall. Not only that, but Below Deck season 9 brings back a familiar yacht, but with a different captain, at least for some episodes.

Since it first aired in 2013, Below Deck has followed the lives of crewmembers as they perform their daily duties aboard charter yachts. Simultaneously, it has chronicled the highs and lows of their relationships with one another behind the scenes—below deck, as it were. Though crewmembers have changed from season to season, Capt. Lee Rosbach has taken the helm of each of the yachts over the past eight years. Below Deck has filmed each of these years in the Caribbean, too, with one exception. Season 6, which aired in 2018, filmed in Tahiti.

Below Deck season 9 filmed once again in the Caribbean, specifically St. Kitts. It starts out differently, however. In a promotional trailer from Bravo, Rosbach reveals he has to attend to personal matters on land. Therefore, Capt. Sean Meagher steps in temporarily for him. Meagher has a long career in yachting, probably best known for helming the famed Latitude within the past decade. During his time aboard, Latitude traversed the Northwest Passage—twice—with her owner and guests. In addition, he led Latitude on a circumnavigation of Svalbard, coming within 400 miles of the North Pole. Meagher shared his enthusiasm for creating the perfect customer journey in a Megayacht News Radio podcast last year, too.

Though Below Deck elicits eye rolls from those who aren’t fans of reality TV, it has spawned similar series. Currently, Below Deck Mediterranean is airing season 6 in the United States. Below Deck Sailing Yacht just completed its second season. Additionally, earlier this spring, Bravo confirmed it has Below Deck Adventure and Below Deck Down Under in development. The former should premiere early next year, filming in Norway. And, as the show name implies, guests pursue exciting, even thrill-seeking, activities. The Down Under program, meanwhile, will take place in Australia, with scuba diving trips among the guest activities.

Below Deck season 9 premieres on October 25 in the United States. My Seanna, meanwhile, recently changed owners.