You are here: Home / Charter & Cruising / Motoryacht My Seanna Sails Back Into Below Deck Season 8 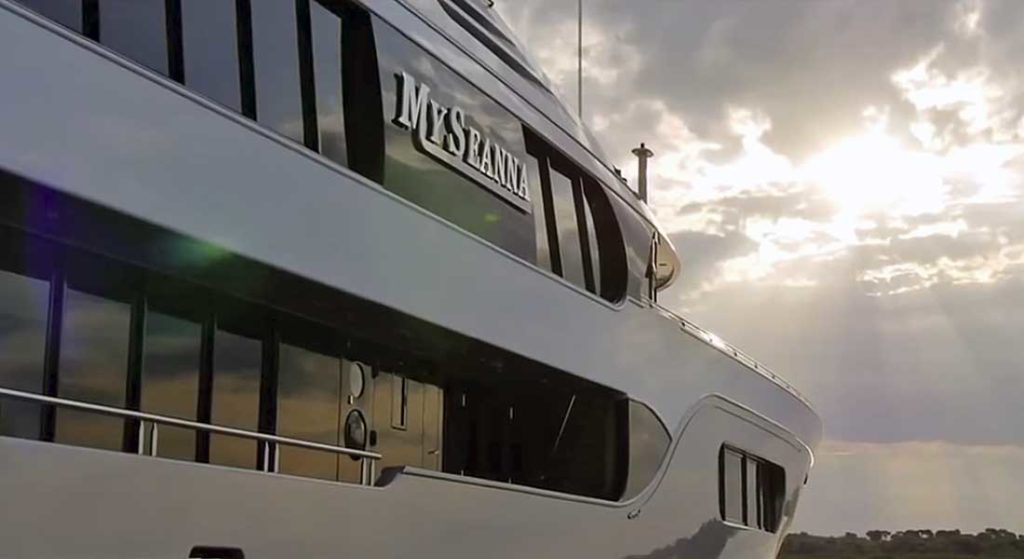 Seven years after it first aired, the TV series Below Deck continues to attract audiences, enough that producers keep renewing it. Below Deck Season 8, set to premiere in a few short weeks, sees the return of not just Capt. Lee Rosbach, but also the megayacht My Seanna as well as charters in the Caribbean.

While Below Deck has filmed numerous episodes in those warm waters, the region hasn’t been the focus since season 5. (Note that Below Deck season 8 filmed prior to the pandemic declaration. At least one episode, though, does feature discussion of the-then rising cases.) As Rosbach says in the trailer currently airing, “It’s been years since I’ve been in the Caribbean, and I’ve missed the hell out of it. White sandy beaches, crystal-blue water. It’s like putting on your favorite pair of blue jeans. It’s like going home again.”

In a sense, My Seanna may be like going home again for Rosbach, too. Rosbach took her helm in Tahiti for season 6, which aired in 2018. Just like then, the 185-foot (56.39-meter) megayacht appears in the show under her own name. Several of the megayachts of Below Deck use made-for-TV names.

As for My Seanna, the yacht saw delivery 20 years ago from Delta Marine, as Gallant Lady. At the time, she was 160 feet (48.8 meters), but a refit in 2014 brought her to her current length. It further added a VIP suite to the bridge deck, the sixth overall stateroom onboard. Since watertoys are a big part of the cruising and charter lifestyle, she has a wide assortment. For instance, the yacht carries a towable banana boat, several kayaks, a water trampoline, an inflatable waterslide, wateskis, and of course PWCs, among other items.

Below Deck Season 8 begins airing on November 2 for your voyeuristic guilty pleasure on Bravo. My Seanna continues to offer charters this winter starting at $294,000 per week.