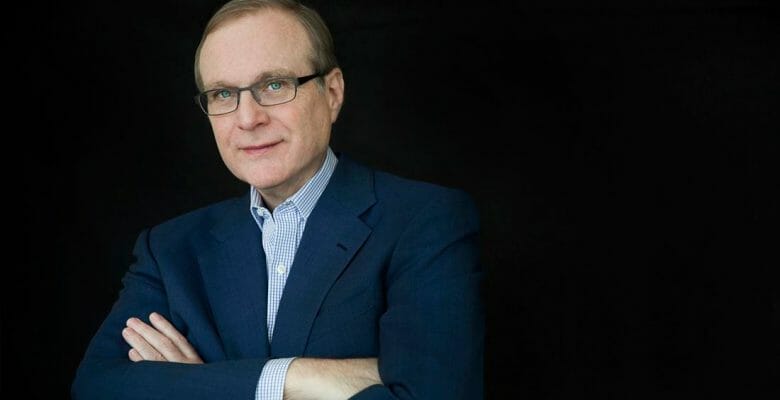 Paul Allen, the co-founder of Microsoft and an avid megayacht owner, died October 15 in Seattle. The cause: complications of non-Hodgkin’s lymphoma. He was 65.

Allen owned numerous yachts and other vessels throughout the years. He built or refitted them to specifications that advanced technology within the marine industry on multiple levels. He also used them in ways that contributed greatly to underwater documentation of marine history.

For starters, the 153’10” (46.88-meter) Charade launched in 1990 as the first Feadship to be completely electronically steered, with no wheel in the wheelhouse. This was nearly a decade before more mainstream versions of today’s steering technology, such as the Hinckley JetStick, appeared.

Another notable megayacht was the 198’8” (60.6-meter) Méduse, also from Feadship. This 1996 launch cruised the Amazon River in 1997, an unheard-of trip at the time. In addition, Méduse had more than 45 miles (73 kilometers) of electric wiring and fiber optics supporting entertainment and leisure features. A sports bar on the boat deck doubled as a recording studio; there were touchscreen panels for the audiovisual system throughout the yacht; and Hollywood experts designed the onboard cinema.

In 2001, Allen bought the 303-foot  (92.42-meter) Nobiskrug Tatoosh from mobile phone giant Craig McCaw. That yacht most recently made headlines in 2016, during an anchor-dragging incident in the Cayman Islands. Allen’s investment company, Vulcan, restored nearly 1,600 hard and soft corals plus sponges, even though some damage to the reef may not have been caused by Tatoosh.

And, of course, the flagship of Allen’s fleet was Octopus (above), the 414-foot (126.19-meter) Lürssen that, upon her launch in 2003, became the largest explorer yacht in the world. She can receive not one, but two helicopters—one at the helipad and garage aft, and another at the bow. Furthermore, Octopus has an internal dock that allows a 65’6” (20-meter) submarine and a 60-foot-plus tender to float into stowage on chocks. In 2012, Octopus was on site above the Mariana Trench as film director James Cameron dove to its bottom. Allen personally was on board the megayacht, tweeting updates and using Octopus’ helicopter to film part of the effort.

Vulcan, which Allen founded in 1986 to manage his business and philanthropic interests, took an active role in finding and documenting historical shipwrecks. In 2016, he bought Petrel, a 251-foot (76.45-meter) offshore service vessel, from a subsea construction company and retrofitted it to explore depths as mind-bending as 19,685 feet (6,000 meters). The Petrel’s crew found and explored numerous wrecks, most recently including the USS Juneau that sank in the Battle of Guadalcanal, the USS Ward that fired the first American shot in World War II, and the USS Indianapolis, whose 1945 sinking led to the U.S. Navy’s single greatest loss of life at sea from an individual ship, with estimates of 885 dead.

Throughout his lifetime, Allen—whose wealth Forbes estimated at $20.3 billion—reportedly donated more than $2 billion to charity. His larger philanthropic endeavors included donating $14 million to the University of Washington, to construct the Paul G. Allen Center for Computer Science and Engineering. He used $100 million in seed money to launch the Allen Institute for Brain Science. Allen additionally pledged $100 million to support efforts to stop the ebola outbreak in West Africa.

“All of us who had the honor of working with Paul feel inexpressible loss today,” Vulcan CEO Bill Hilf states in a press release. “He possessed a remarkable intellect and a passion to solve some of the world’s most difficult problems, with the conviction that creative thinking and new approaches could make profound and lasting impact. Millions of people were touched by his generosity, his persistence in pursuit of a better world, and his drive to accomplish as much as he could with the time and resources at his disposal.

“Paul’s life was diverse and lived with gusto,” Hilf continues. “It reflected his myriad interests in technology, music and the arts, biosciences and artificial intelligence, conservation and in the power of shared experience—in a stadium or a neighborhood—to transform individual lives and whole communities.”