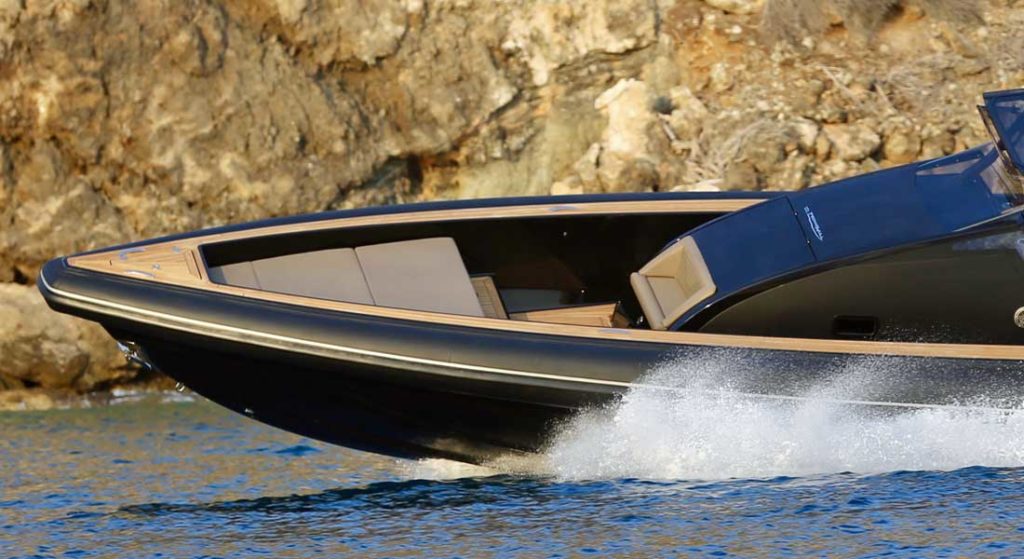 Shopping for a new RIB as a tender? At the upcoming Miami International Boat Show in February, you can see one such boat. The Technohull Omega 45, a 45-foot (13.8-meter) powerhouse, makes her global premiere. Known for its high-performance RIBs, the Greek shipyard does not disappoint this time around, either. Depending on conditions, the Omega 45 is reportedly capable of maxing out at around 74 knots.

Of course, that speed depends on sea conditions, boat load, and more. But, Technohull has built a reputation on offering fast RIBs that can take on choppy conditions, too. With the Omega 45, if you want to hit the above-mentioned speed, choose the quadruple 400-hp engine option. That package also affords you a reported 48-knot cruising speed. Alternately, request surface drives or stern drives. Other slightly more sedate options exist as well. Triple outboards are available in 300, 350, and 400 hp, for instance. 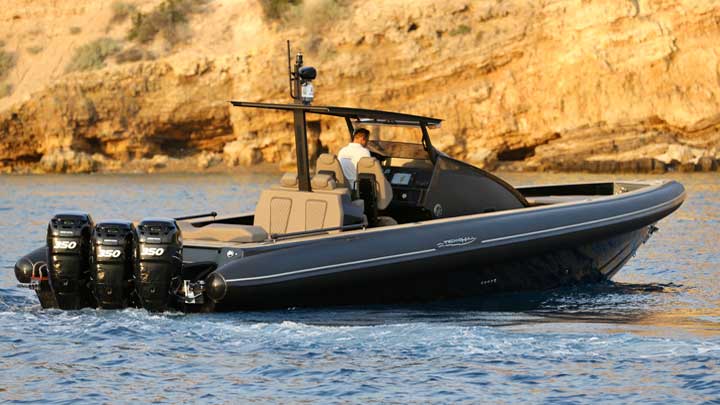 Technohull is confident in the performance it pledges because it does a lot of pre-construction calculations. In fact, it is now using hull technology that it created and patented, called DynaStream. Briefly, starting with the Omega 45, the team creates individual hulls based on the anticipated use and demands. Upon entering those initial characteristics into a computer, the team has algorithms evaluate and confirm the primary hull design aspects. Further design finesse leads to a more hydrodynamic profile, as well as things like the positioning of the hull steps. The result, the yard says, is that the Technohull Omega 45 suits expert drivers and novices alike.

The RIB, with an 11’5” (3.5-meter) beam, suits different creature comforts, too. The shipyard offers every model on a semi-custom basis. So, while you have standard conveniences like a head in the center console, the Technohull Omega 45 has a variety of seating options. You can add an extra settee between the helm and C-shape settee running along the transom, for example. Or, choose a mini galley to go there. Either way, a table complements the C-shape settee.

If you want the Technohull Omega 45 for crew usage, ample stowage awaits. It sits beneath the big sunpads forward. Whether a crew-only tender or a guests’ thrill ride, the RIB should be comfortable to drive. Four wrap-around, shock-absorbent seats face the helm.