You are here: Home / Yachts / Motoryachts / Equanimity Must Sell for $130 Million, Court Says 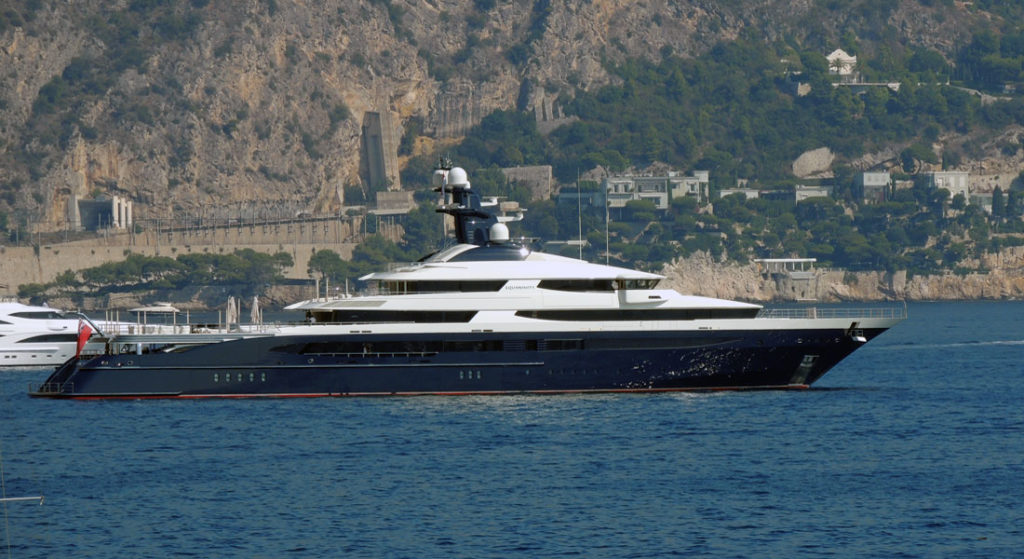 After reviewing several bids for Equanimity, a Malaysian admiralty court has decided none is sufficient. Therefore, it set a value as a guide: $130 million. It also set a new judicial sale, to once again recoup money stolen from a government state fund.

The court made the decision last week. This followed an unsuccessful first sale, ordered in October. At that time, the high court sat as an admiralty court and appointed Burgess as the central agent for the megayacht. Sitpah Selvaratnam, a lawyer representing the Malaysian state fund, informed us that a sealed-bid process would last through November. She added the court chose an appraiser to determine Equanimity’s value. In turn, this value would remain confidential until the court opened all bids. Furthermore, Selvaratnam said, the court reserved the right to reject the highest bid if it was lower than the appraised value.

Following a case-management hearing before the admiralty court last week, Selvaratnam told media that a second sale attempt would begin. “The first phase received bids, but these were not of an acceptable degree,” she tells The Star newspaper in Malaysia. Given the now-public appraised value of $130 million, determined by UK-based Winterbothams, “now there is a guide price to potential buyers.”

The new sale will follow normal brokerage negotiations, via Burgess. The company confirms the details on its website:

Equanimity is immediately available to all interested parties via a Private Treaty sale process on an “as is, where is” basis.

This phase, which has now started, will be completed by 31 March 2019. It will largely follow industry standard Private Treaty protocol, allowing potential buyers to visit the yacht, submit offers via Burgess at any time, and for the High Court to reject, negotiate, or accept such offers….

Burgess welcomes enquiries for further information on the yacht and to arrange an inspection visit. The Attorney General’s legal team is also available to respond directly to any questions regarding the legal aspects of this process.

Equanimity, with accommodations for 22 guests, launched from Oceanco in 2014. The court wants her sold because money siphoned from 1MDB, the state development fund, was used to purchase her. The 1MDB fund filed for her arrest and laid claim to Equanimity. In October, the high court declared the megayacht belonged to two 1MDB subsidiaries, and indirectly the Malaysian government.