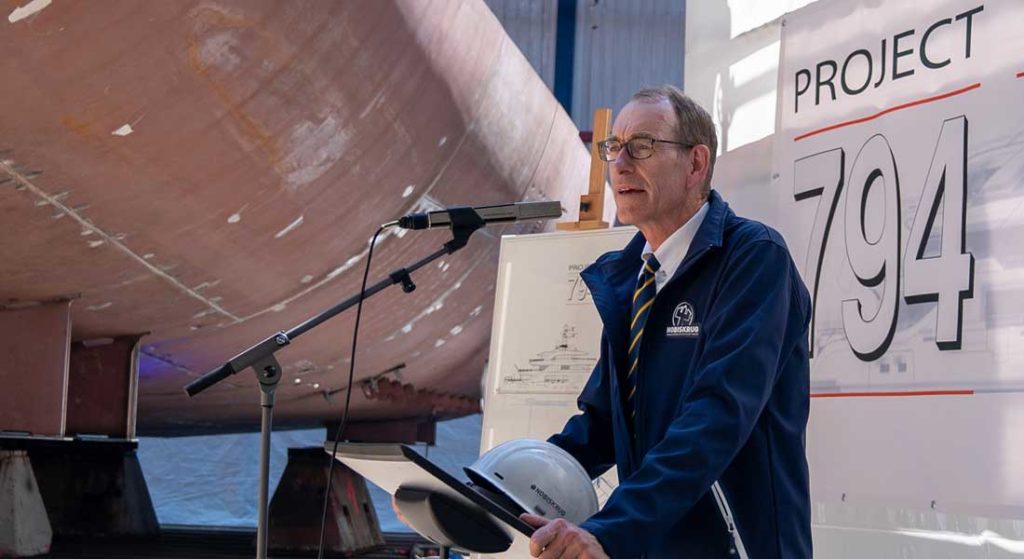 Including the traditional coin welded to the structure, the keel-laying ceremony for the newest Nobiskrug megayacht took place yesterday. While many of the details behind Nobiskrug Project 794 remain confidential for now, the 203-footer (62-meter) is set for launch in early 2021.

Nobiskrug Project 794 will eventually incorporate five decks, with styling by Espen Øino’s studio. The sketch below hints at some of those lines. Nobiskrug released the teaser about a year ago, when it announced the contract signing. 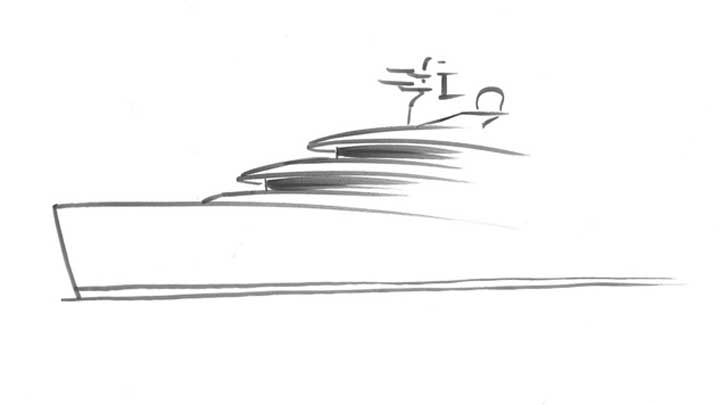 For the time being, we know that Nobiskrug Project 794 will have some indulgent creature comforts. For instance, a glass-walled pool will sit within an overall wellness area. The pool will be a healthy size, too, about 23 feet (7 meters) long, ideal for doing laps if a guest so wishes. Equally large, of course, is the tender bay. Nobiskrug Project 794 will tote two guest tenders, along with plentiful other watertoys for the owners and guests to enjoy.

Interestingly, the shipyard characterizes the megayacht as being “performance-driven.” It does not, however, disclose anticipated speeds or the range. Regardless, it’s safe to say she’ll have transatlantic capabilities at a minimum.

As we await more information in the coming months about the open-plan interior design, Nobiskrug has a handful of other projects in different construction stages. The headline-grabbing Artefact, for example, has an extraordinary 70 tons of glass onboard.