You are here: Home / Yachts / Motoryachts / Patriotic-Named Megayachts, in Honor of USA’s Birthday 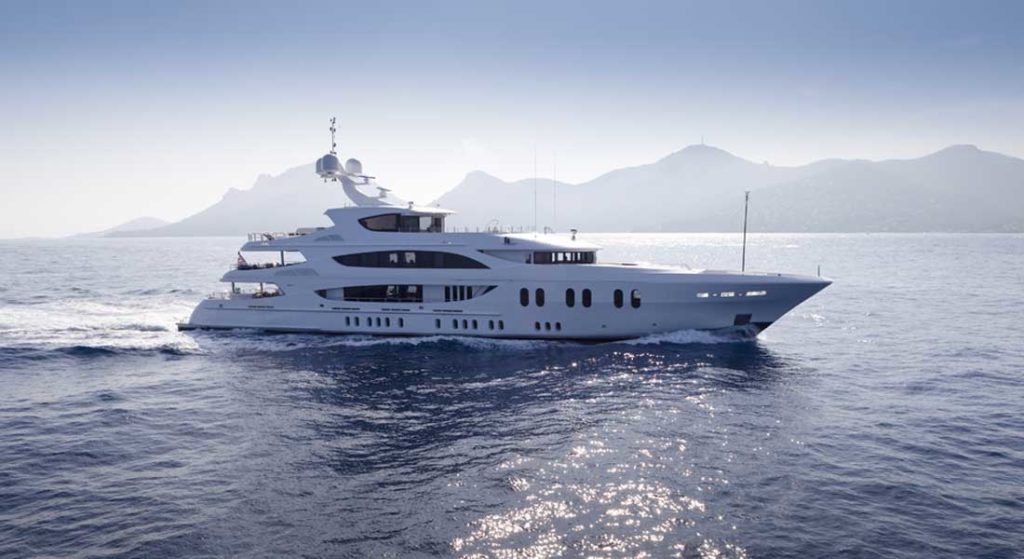 We Americans love our boats. In fact, 141.6 million Americans go boating each year, according to the National Marine Manufacturers Association. In addition, 12 million boats are registered stateside. The vast majority of these boats, though, are a lot smaller than superyachts. Regardless, regular research in the large-yacht sector does show that Americans own upwards of 40 percent of these craft. It’s the largest single percentage by any nationality as well. So, it probably won’t surprise you to learn some of these very same craft are patriotic-named megayachts, too. Here are four of our favorites, in honor of the 243rd birthday of our nation.