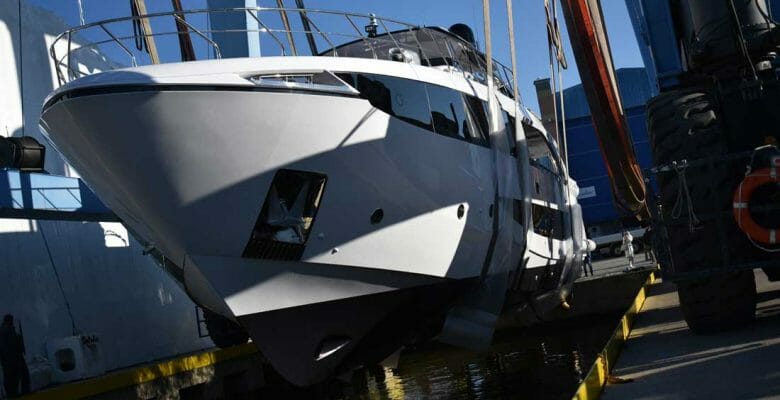 The late cartoonist Charles Schultz, creator of the Peanuts cartoon strip, convinced many people that happiness is a warm puppy. The owner of the Amer F100 that launched earlier this week has a good alternate argument. To him, happiness is seeing your yacht launch on your birthday.

The Amer F100 semi-custom megayacht model (with a sistership seen below) gets her name from her length, in feet, as well as the founder of Amer Yachts, Fernando Amerio. (On a side note, the Amerio family continues to run the 47-year-old shipyard, under Barbara Amerio.) The launch that took place on December 11 was for the second hull so far this year. 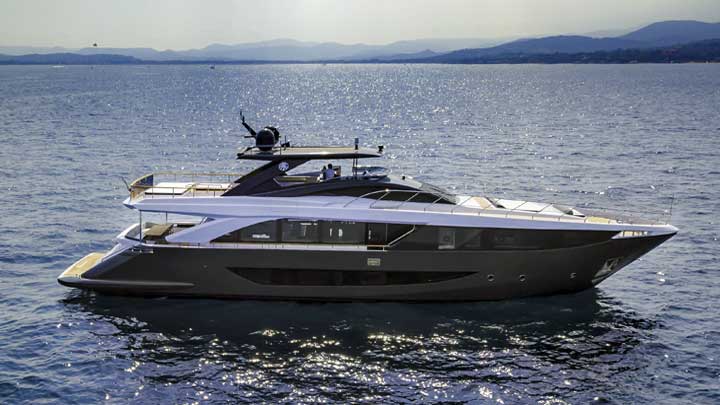 Despite this, though, the newer megayacht has some eyebrow-raising differences. These differences aren’t just in how the owner decided to design the interior, either. (No details on the interior design are available.) Specifically, this Amer F100 has 105 percent more glass surfaces on her main deck in comparison to the Amer Quad, a same-size model, according to the shipyard. The yard adds that there’s 38 percent more glass below decks compared to the Amer Quad. Related to this, glass weighs more than fiberglass, so you might wonder how it has impacted the megayacht’s performance. It hasn’t, according to Amer Yachts, since it adapted the hull construction to keep overall weight the same. The yard asserts that the Amer F100 saw a top speed of 30.2 knots during sea trials with quadruple Volvo Penta IPS propulsion.

This is the latest step in a series that Amer Yachts has taken to improve construction and fuel-consumption practices in terms of environmental impact. Earlier this year, for example, it decided to abandon fiberglass in favor of the volcanic rock fiber Filava, which is recyclable. One of two new megayacht models under construction for delivery next year employs Filava, in fact. Amer Yachts plans to reveal specifics on that model in several weeks. Additionally, the shipyard team is researching hydrogen-powered systems.