You are here: Home / Yachts / Motoryachts / 9 Space-Themed Superyachts, in Honor of History 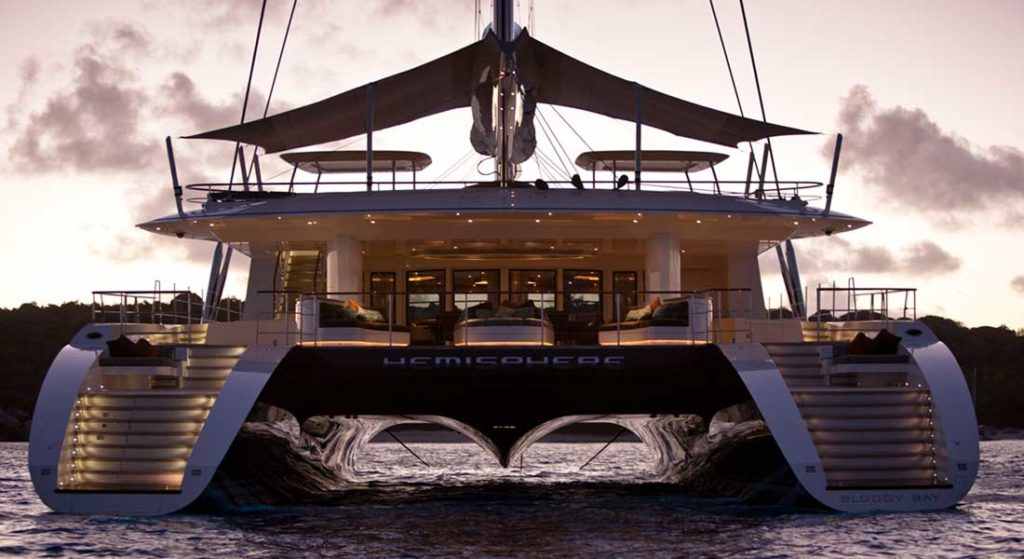 Tomorrow marks a historic launch of NASA’s SpaceX Crew-1 mission, sending astronauts to the International Space Station. It’s the first time an international crew is flying aboard a NASA-certified, commercially owned and operated U.S. rocket and spacecraft from U.S. soil. Millions of global citizens will be able to watch the launch live, on TV and online. Perhaps some of the owners, guests, and crew aboard these nine space-themed superyachts will do the same.

Blue Moon. Carrying the same name, and under the same ownership, since delivery in 2005, Blue Moon measures 198 feet (60.35 meters). The owner is as much a fan of Feadship, her builder, as he is the yacht’s name. Indeed, this is the third Blue Moon he’s owned from the shipyard. 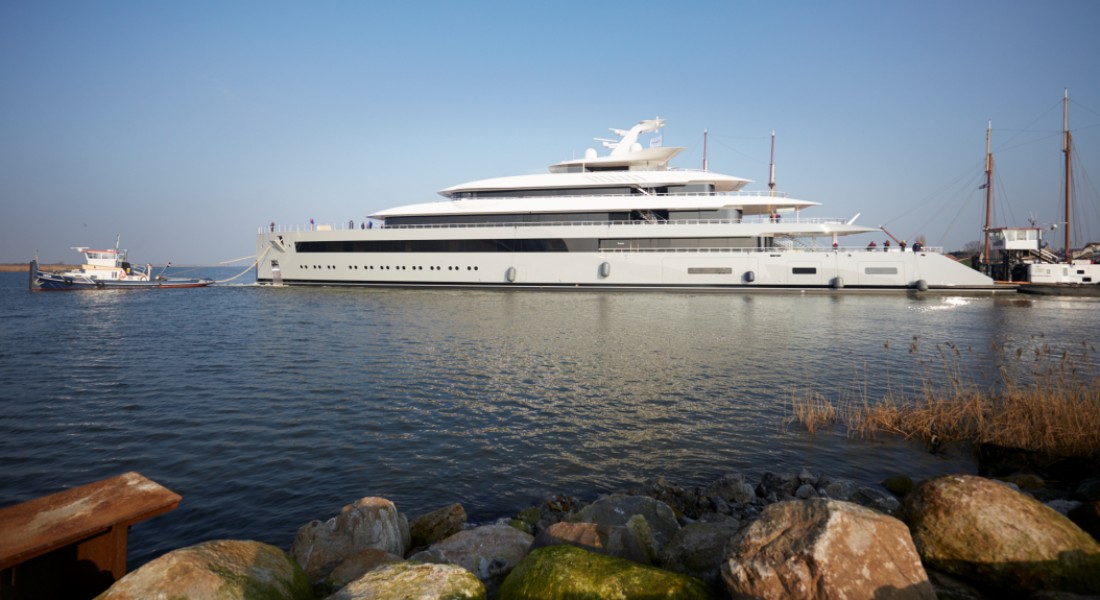 Helios. The Greek god of the sun lends this 194-foot (59.1-meter) Oceanco her name. Fittingly, charter guests spend a lot of time on her sundeck. As for the god Helios, he drove a chariot each day across the sky.

Hemisphere. The world’s largest private sailing catamaran (top), Hemisphere started construction at the now-defunct Derecktor Shipyards site in Connecticut and completed her build at UK-based Pendennis. Cruising time is playtime, due to a plethora of windsurfers, wakeboards, and waterskis, along with a dive center, in her lazarette. LOA: 145 feet (44.2 meters).

Moonrise. One of the newest and largest space-themed superyachts, Moonrise (above) measures 328 feet (9.95 meters) and saw delivery just this year from Feadship. At her launch, Feadship stated, “A new star has been born into the Feadship firmament.” The megayacht is the largest private vessel by waterline length to see construction in The Netherlands, too.

MySky. Coming in at 168 feet (51.5 meters), MySky is the successor to the similarly named Sky, both seeing build at Heesen Yachts. MySky was delivered in 2014, while Sky was delivered four years prior. 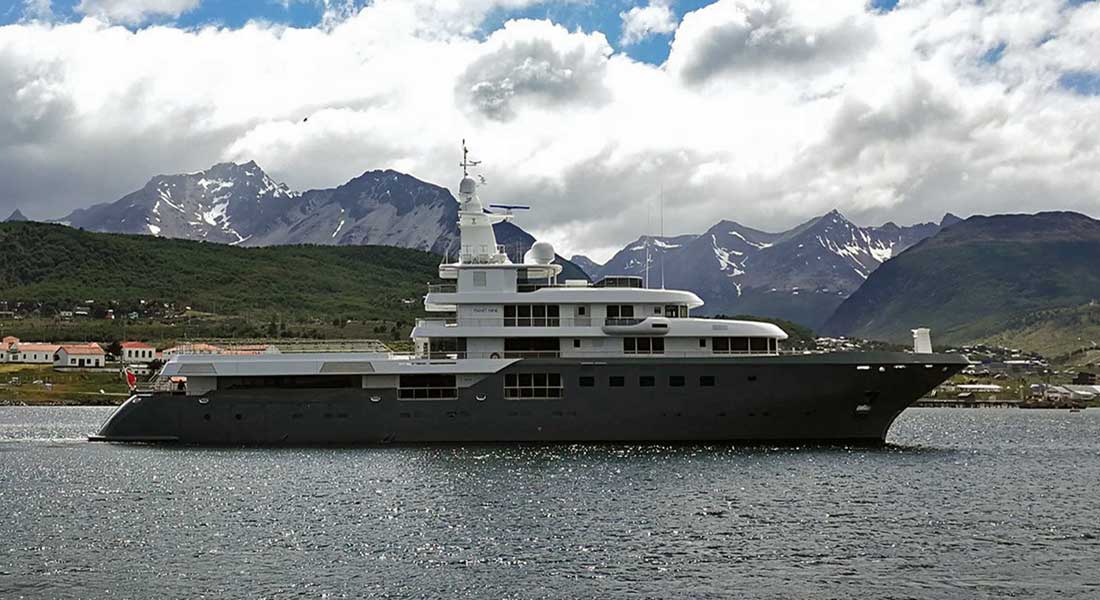 Planet Nine. In astronomy circles, Planet Nine is the name for a theoretical ninth world in our solar system. It’s theoretical because, while astronomers have detected clustered objects past Pluto, they don’t’ have conclusive evidence of any of the objects being a planet. The 240-foot (73-meter) Planet Nine (above), meanwhile, is a star of sorts, appearing in the film Tenet.

Space. Well, it’s hard to top this name among space-themed superyachts. The yacht was the first Feadship F45, a semi-custom series. She launched back in 2007 and, as “F45” suggests, measures 147 feet (45 meters). Having the same owner since delivery, she’s for sale as well.

Starship. For several years, Starship had a room with a suitably space-y décor. The 143-footer (43.6-meter) has since undergone an interior refit and features a luxe look throughout each deck.