You are here: Home / Yachts / Motoryachts / Ripsaws and More for Project Ragnar

Take a close look at the large crane to port on the aft deck of Project Ragnar. It’s a harbinger of the toys to come as their stowage area continues outfitting at Icon Yachts. Among those toys: a Ripsaw EV (Extreme Vehicle), a high-performance, go-fast, luxury super tank. It’s also a harbinger of the adventures awaiting the ice-classed expedition megayacht upon delivery later this year.

Project Ragnar is an extreme makeover, superyacht style. She’s a 223-footer (68-meter) that previously saw duty as an icebreaking offshore supply vessel. The shipping company that owned her sold her to an undisclosed private buyer in early 2017. That buyer, in turn, took the vessel to Icon Yachts for conversion into a luxury adventure yacht. 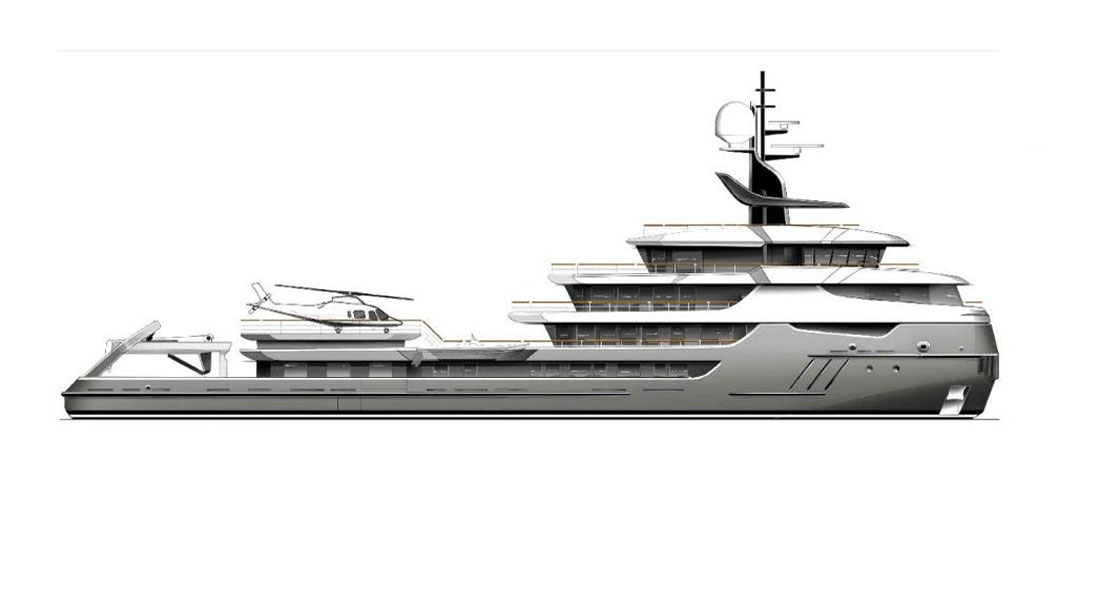 For her on-shore or on-water adventures, though, her toy stowage is the big story. Sixteen guests will have the above-mentioned Ripsaw to use, along with a submarine, two Laser sailboats, and two 26-foot (8-meter) tenders. PWCs and a Eurocopter EC145 helicopter will be aboard for fun, too. The helicopter should particularly come in handy to scout pristine ski slopes. (And yes, in case you’re wondering, Project Ragnar will carry ski gear.)

Though illustrations aren’t available, the interior design should turn a few heads. RWD has been working with the owner to create a medieval-war-themed ambiance. Though, thoroughly modern-day amenities like a sauna, a massage room, and a gym are aboard the megayacht, too. As for stateroom, six guest staterooms complement two owners’ suites.

Launch should take place in a few weeks.