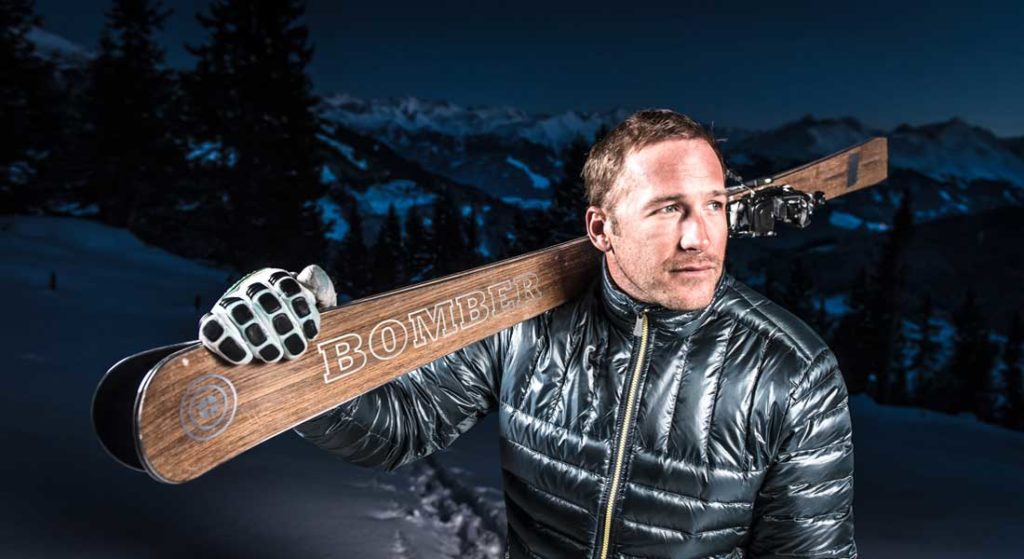 If you’ve ever dreamed of becoming a better skier by heading downhill with Olympic medalist Bode Miller (pictured), now’s your chance. He and polar explorer Doug Stoup are joining the globe-trotting charter yacht Legend next year in Greenland and Antarctica. These superyacht-based skiing adventures are available thanks to collaboration between EYOS Expeditions and the skiing-accessories company Bomber Ski.

The trip to Greenland is first, coming up in April. The Antarctica excursion, meanwhile, will be a year from now. Regardless, the superyacht-based skiing adventures are all weeklong trips. They also take advantage of “the early season, when the snow is still fresh and pristine,” according to Bob Cooper, CEO of Bomber Ski. Besides custom-making gear for ardent skiers, the company organizes special events for them, similar to these yacht charters. Naturally, every guest on the charters will receive Bomber skis, poles, and helmets.

Miller, who is both a Bomber ski customer and global ambassador, has, of course, skied some of the most famous places in the world. Yet, he has never skied in Antarctica. “He couldn’t be more excited to ski the 7th continent,” says Cooper. “Additionally, polar explorer Doug Stoup, having just completed his 50th trip to Antarctica, brings insights and experiences second to none.” 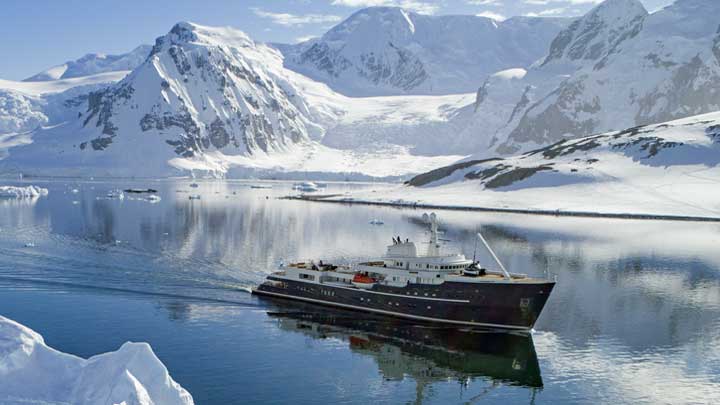 Stoup is familiar to EYOS Expeditions, too. In fact, he’s joined EYOS-organized skiing trips in both the Arctic and Antarctic in recent years. “The opportunity now to have both Bode and Doug onboard makes for an unbelievable combination,” says Ben Lyons, EYOS’ CEO. “Both are ideal skiing partners and great companions off the slopes.”

As for that off-the-slopes time, the 252’6” (77-meter) Legend offers plenty of places to sit and swap stories with Miller and Stoup. She has a spa, a cinema, and a piano lounge, for example. She additionally has a hot tub (perfect for soaking aching muscles apres-ski) and staterooms for 22 people. You probably won’t have too much trouble convincing Stoup specifically to join you for dives in the five-person sub. It can dive to depths of 1,000 feet. Kayaks and paddleboards, as well as RIBs for whale-watching and more, await, too.

Superyacht-based skiing adventures are nothing new for either EYOS or Legend. They’re hosting trips in Antarctica this month, for example, and did the same in Greenland earlier this year. For the upcoming trips, guests heading to Antarctica will fly out of Chile, over the Drake Passage, and land on the continent. In Greenland, Legend will cruise the western coastline, where her helicopter will make coast-to-peak access swift