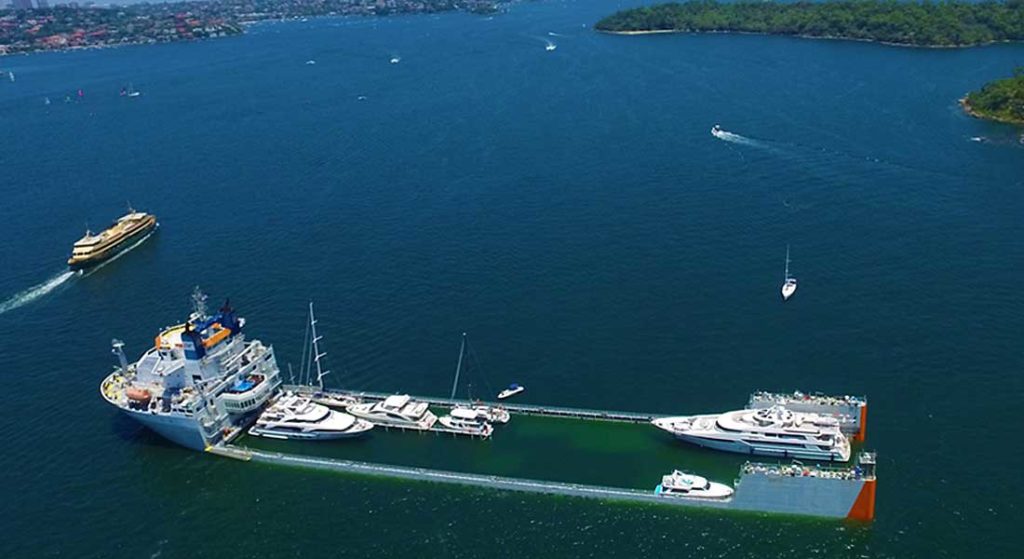 A ballasting problem caused the yacht-transport ship Super Servant 4 to list dramatically with several megayachts aboard this week. Despite this, no reported injuries resulted. Furthermore, as of yesterday, all of the yachts reportedly safely cleared Super Servant 4’s deck.

The incident occurred the morning of June 8. Super Servant 4, operated by DYT Yacht Transport, was offloading yachts in Palma de Mallorca, Spain. The 556-footer (169.49-meter) is a semi-submersible vessel, meaning her central deck area partially submerges, as seen at top. This allows float-on and float-off operations for the yachts and megayachts that she carries. At one point during the load-out process, Super Servant 4 encountered a ballasting problem. She then began listing to starboard. Port police and emergency-response vessels and personnel arrived on scene to help support the ship.

When reached for comment, the company didn’t indicate what caused it. However, the newspaper Majorca Daily Bulletin reports that port police pointed to an electrical issue. Regardless, DYT Yacht Transport did issue a statement:

Presently, the situation is under control. There have been no injuries or marine pollution, and all steps are being taken to recover the situation as quickly as possible. All precautionary matters have been taken to ensure the crew, the vessel, the yachts she is carrying and the environment are safe.

DYT Yacht Transport additionally acknowledged that it wasn’t sure whether Super Servant 4 or the yachts had sustained damage. But, on June 9, a spokesperson informed us, “The situation is safe.” The company and local authorities continued to address the situation, too. Finally, just yesterday, the company indicated that the last of seven yachts aboard the transport ship “safely discharged” the prior evening.

“Today a full survey will be held on the yachts to assess possible damages,” the company’s latest statement continues. “We will continue normal operations. Upon completion Super Servant 4 will start her planned voyage to Genoa.”