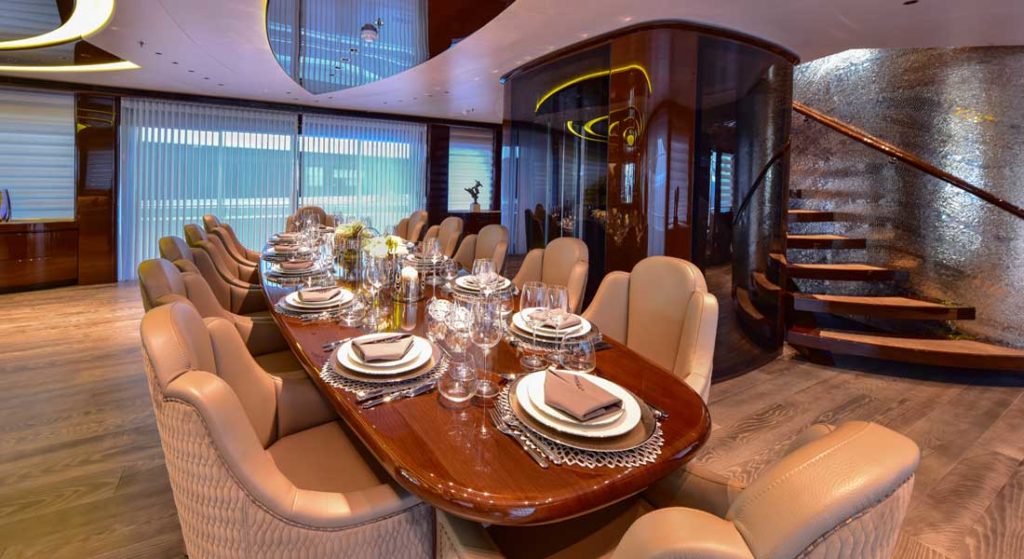 The late Jack Hargrave earned legendary status as a naval architect. In 1991, six years before he died, Amels delivered Katamarino, a 184-footer (56.2-meter). This 803-ton megayacht was the largest from his design studio. Twenty-eight years later, Hargrave Custom Yachts, which sprang from the studio, upped the ante with a repeat customer. Baba’s is 186 feet (56.7 meters) and 887 gross tons. However, her story is really about customer trust, and in turn a shipyard’s trust. 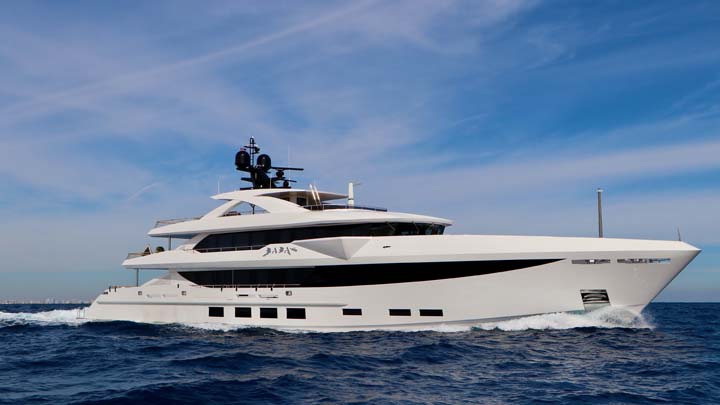 The owner of Baba’s, Sam Shalem, is a four-time Hargrave buyer. His new megayacht is upwards of two times the gross tonnage of his prior Hargrave, DREAmer, from 2011. Additionally, she meets Lloyds LY3 standards, by his choice, despite originally intending to use her privately (Baba’s now charters). Those represented learning curves for him, a hands-on owner, as well as the shipyard. But both met the challenges head on. Shalem says Hargrave’s emphasis on truly custom construction played a big role. “That’s the biggest advantage of Hargrave,” he explains, “they let you do this.” 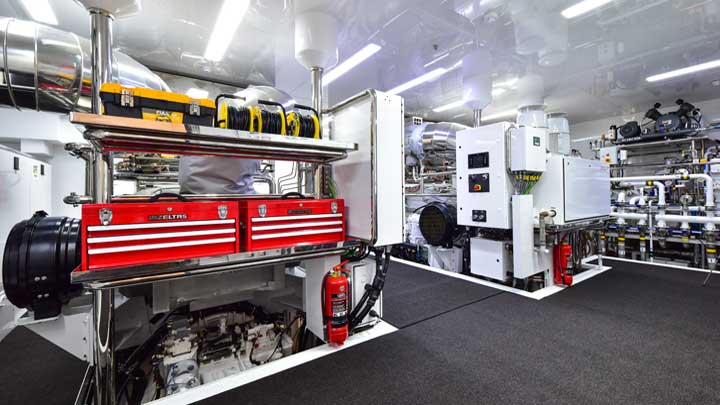 Having built three previous yachts with Shalem, Hargrave was accustomed to him tackling more decisions than most owners. For instance, Shalem doesn’t just enjoy arranging rooms. He’s picky about mosaic tiles and leather stitching, and equally particular about which systems to install. He readily researches regulations, and lays out the helm electronics with his captain. He even specifies subcontractors to hire. Furthermore, as the owner of a real-estate development and management company, Shalem is familiar with assembling teams. 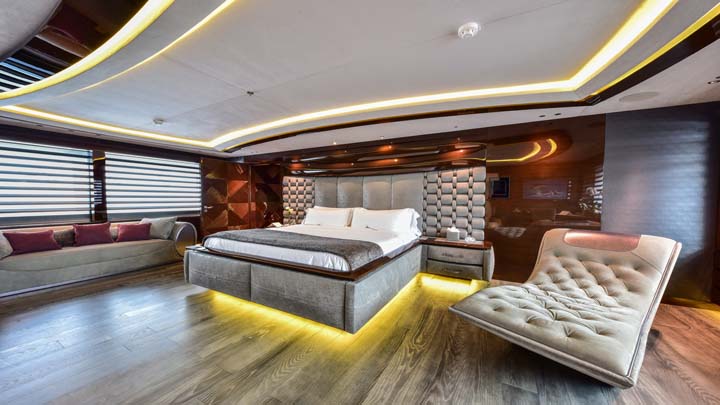 As a result, he selected Unique Yacht Design for styling and interior design, plus subcontractors and department chiefs for construction. The size and complexity of Baba’s exceeded Hargrave’s usual shipyard, the Khashing facility in Taiwan, though. (Hargrave lets customers select shipyards, even though most use Khashing.) That led to discovering the former Sunrise Yachts shipyard in Turkey was vacant, so Hargrave set construction there, under the name HSY, for Hargrave Super Yachts. 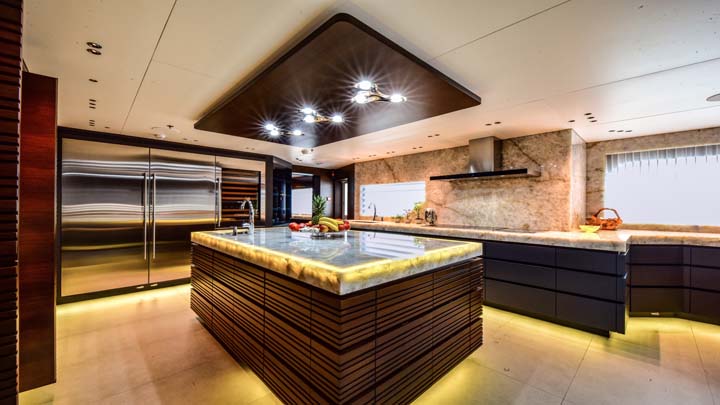 Michael Joyce, Hargrave’s CEO, believes the steel-and-aluminum Baba’s, plus the shipyard’s capabilities will help it branch beyond its customary American clientele. “This is the connection to the global market we never had,” he asserts. Baba’s configuration shows the global market just how “custom” Hargrave Custom Yachts is, too. For instance, since Shalem loves to cook, two galleys are onboard. One is below decks in the crew area, while the other (above) is on the main deck, with plentiful stone. The crew area includes a nicely outfitted lounge, including a video-games system and a head. Among the five guest staterooms, the VIP sits on the bridge deck. The master suite, meanwhile, has a headboard mimicking a Cartier watch band. And, while the beach club, including a hot tub, is a Shalem family favorite, the sundeck is his grandkids’ preferred place. They absolutely adore the waterfall spilling into the hot tub. 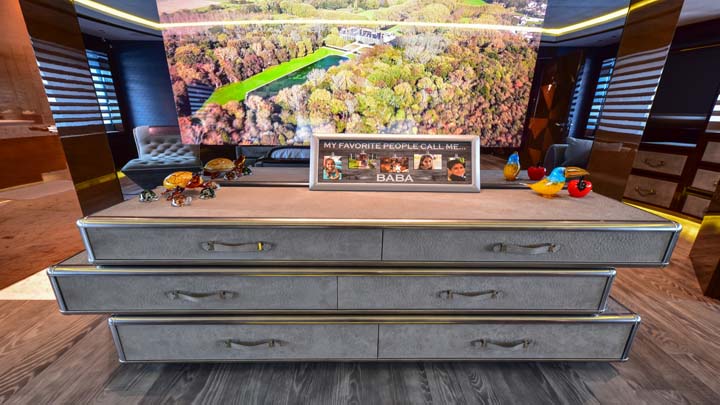 “What I love best about this particular story is the owner was just a young man who arrived in America a lifetime ago with $500 in his pocket and a lot of dreams,” Joyce says. One dream involved raising a family, which Shalem did. Another dream was being a successful businessman; mission accomplished. “He even dreams he will own a big boat someday, and then one day he is watching his children jumping off the stern of his boat in the Med,” Joyce adds.

“This is my baby,” Shalem says. Clearly, it pays to dream big.