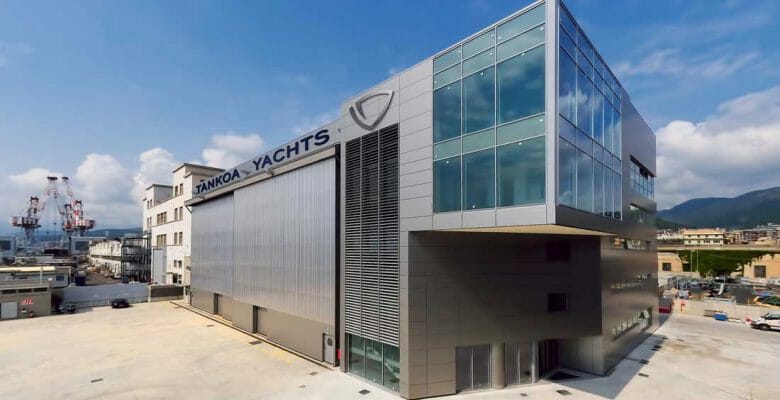 While the deal is not yet complete, Tankoa’s management team feels confident that its due-diligence process will work out favorably. Vincenzo Poerio, Tankoa’s CEO, issued a brief statement today. “We trust that the technical and administrative procedures will have a positive outcome over the next few weeks so that we can begin work to gradually reintegrate resources and become operational,” he says.

Initially, Poerio confirmed the deal to the newspaper Il Tirreno, which published an article about the acquisition on January 9. Additionally, it reports that Tankoa Yachts will use Cantieri di Pisa for megayachts from 98 to 148 feet (30 to 45 meters). They would be renowned Pisa designs like the Akhir, for example, plus new designs to capture broader attention. Tankoa reiterated these intentions alongside the statement above from Poerio.

Furthermore, Tankoa’s management team says that buying Cantieri di Pisa will allow its own facilities in Genoa to expand. The team doesn’t, however, mention specifics. Interestingly, though, Il Tirreno quotes Poerio as saying Tankoa will build yachts from 148 to 164 feet (45 to 50 meters). Similarly, it quotes him as stating Cantieri di Pisa will formally begin operations again under Tankoa’s ownership on June 1. When we inquired about that date, a spokesperson for Tankoa informed us the article was incorrect.

Cantieri di Pisa has a tumultuous recent history. Dating back to 1945, the Pisa-based shipyard shut down in 2010. Fellow yacht builder Mondomarine acquired it in 2015. But, Mondomarine laid off 30 of Pisa’s employees in March 2017, along with 70 at its own yard in Savona. Mondomarine later entered bankruptcy liquidation. While the Palumbo Group took over Mondomarine’s facilities in late 2017, under a rental agreement, it left Cantieri di Pisa out of the equation. Then, in 2018, a bankruptcy court awarded the shipyard to Sea Finance, a Genoa-based company. While a ribbon-cutting ceremony heralded its operations restarting in 2019, business and yacht construction did not return as anticipated, and layoffs occurred.

In the meantime, Tankoa Yachts is continuing work on the fourth and fifth hulls in its all-aluminum 50-meter series.