You are here: Home / Yachts / Motoryachts / Pebble Yacht Concept From Van Geest Design Began With (You Guessed It) a Pebble 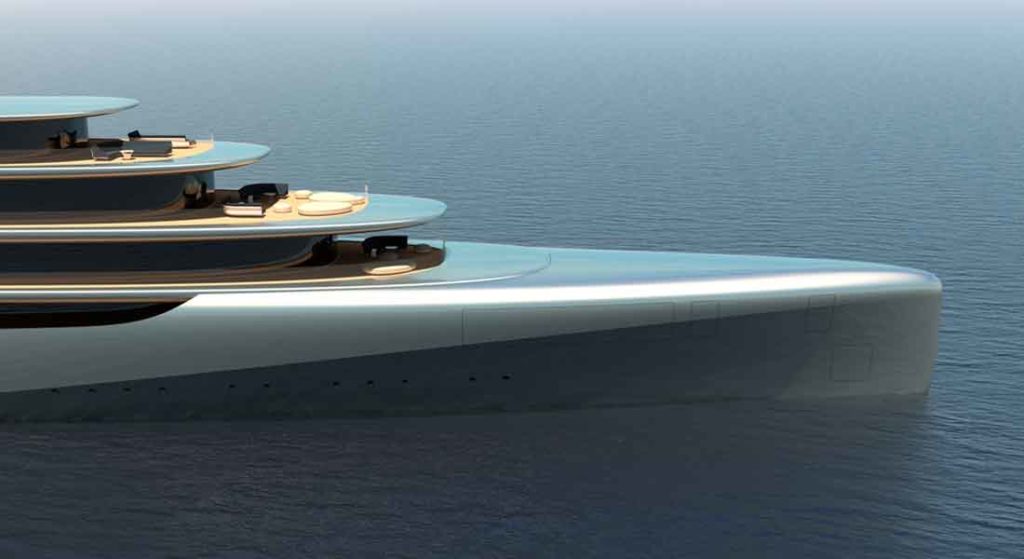 How many times have you or your family picked up seashells and river rocks in your travels? Pieter Van Geest, who runs Van Geest Design with his business partner Tracey Canavaggio, does it, too. In fact, the story behind the studio’s newest design, the Pebble yacht concept, involves two such trips.

Some years ago, he says, while strolling along the southern coast of England, he saw an interestingly shaped, smooth pebble. The way Mother Nature had refined it attracted his designer’s eye. Therefore, he couldn’t resist picking it up and putting it in his pocket. Remarkably, a few years later, he saw a similar pebble. This time, though, it was in Indonesia, along a riverbed. He picked this one up as well, and says he’s examined it and played with it plenty of times since then.

The Pebble yacht concept comes from this very idea. Similar to water and wind smoothing and shaping a rock, the 459-foot (140-meter) megayacht slips seamlessly into the ocean environment. In its design brief, Van Geest Design states, “Pebble is the escape from our city landscapes, skyscrapers, and mainly cubism shapes we encounter in daily life.” 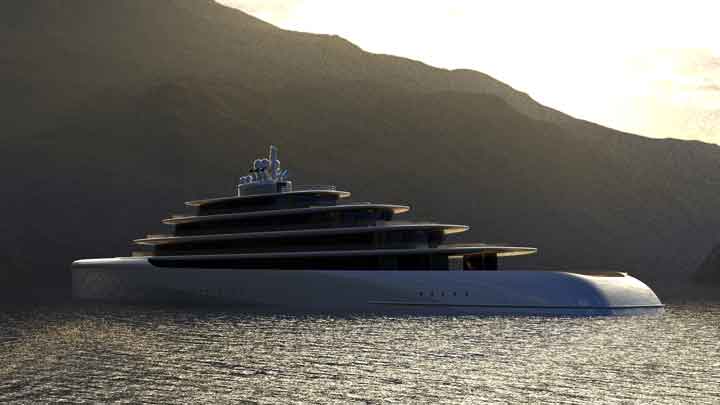 Of course, design proposals are starting points for conversations with interested clients. The Pebble yacht concept is for owners to personalize with the design team. As a starting point, the team suggests an ample VIP suite forward on the main deck, and an owners’ suite two decks up from there. The deck can be a private deck, too. Since wellness is a significant ongoing trend, an upper deck is devoted to the notion. For active on-the-water fun, you’ll find both a transom beach club and a side-opening beach club. And, when arriving or departing, the top deck’s helipad comes in handy. The entry lobby is just forward, enclosed.

Van Geest Design concludes, “Pebble encapsulates you in an atmosphere of lightness, a smooth elegant presence in its surroundings.”