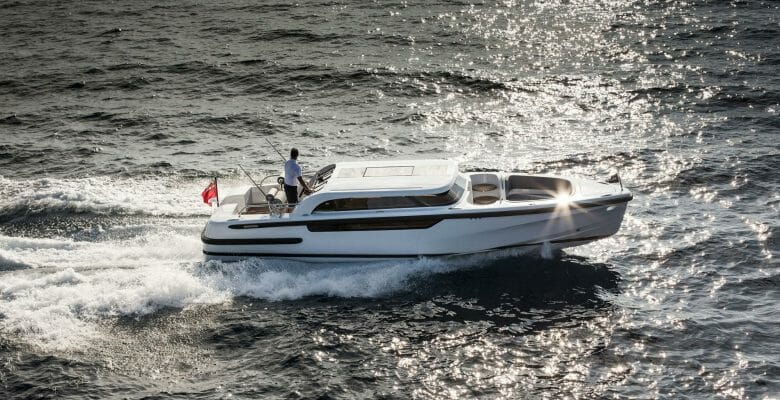 After six years of research and design development, Pascoe International’s first electric limo tender is becoming a reality. A client has signed a contract, to accompany a yacht currently under construction.

Although it cannot divulge where the mothership is taking shape, Pascoe International does say that the tender will see delivery next year. She should look similar to its other limo tenders, like the one pictured here. Notably, it says that during its six years of R&D, its team analyzed everything from battery performance to motor integration and hull design. Additionally, the team collaborated with battery manufacturers, electric-auto specialists, prop designers, and university researchers.

What’s more, Pascoe International’s first electric limo tender will be a spirited performer. “The realization of a zero-emission at point of use Limousine Tender with a top speed of 40 knots and a maximum range of 60 miles will be a defining moment for the superyacht industry,” asserts Tom Southern, the company’s vice president.

Emission-free operation isn’t the only consideration, of course. In fact, the tender should be far quieter, both inside the cabin and out in the cockpit. Also, this e-limousine tender should be nearly free from torque-related vibration transmitting into the hull. Finally, the above-mentioned 40-knot speed will come quicker than it would with traditional stern drives, due to the electric motors’ acceleration abilities.

Interestingly, that last bit of information relates to something else the company touts. Pascoe International’s first electric limo tender reportedly will differ significantly from other all-electric boats either in use or in development. Specifically, the boat employs a new purpose-developed drive system to transfer power more efficiently from the motor to the water. In turn, the system will provide crew with more exacting joystick docking and maneuvering. And, as mentioned, the electric system avoids the sound and vibration issues of typical combustion engines, thereby enhancing guest comfort.

The tender under contract likely won’t be Pascoe International’s last electric one. The company is offering all-electric propulsion for its full range of limo tenders and open tenders, too. These, like the boat just signed, can charge directly from the mothership’s power-generation systems.