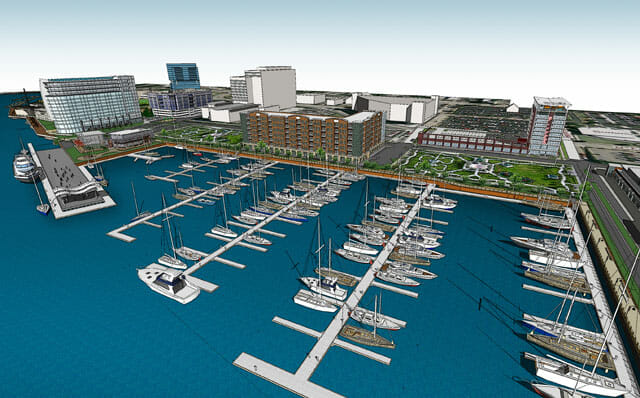 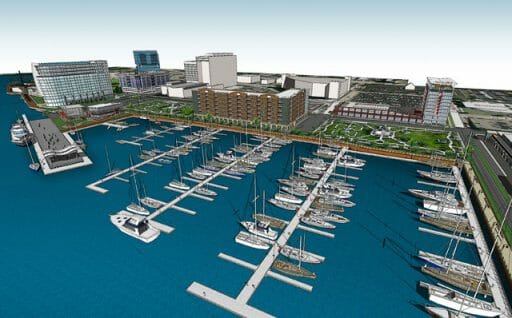 Come summer 2013, Port City Marina, under construction in Wilmington, North Carolina plans to welcome megayachts among the 204 boats and yachts it will accommodate.

Port City Marina is being developed along the Cape Fear River, in historic downtown Wilmington. It’s less than three miles from the international airport and near several major highways. While boats from 35 to 80 feet will likely be the majority of customers, Port City Marina will have four T-heads for megayachts from 80 to 130 feet. It will have a further 650 feet of side-to dockage along a concrete pier, for megayachts up to about 200 feet. A 25-foot draft means motoryachts and sailing yachts alike will be able to take transient or permanent berths at Port City Marina as well. 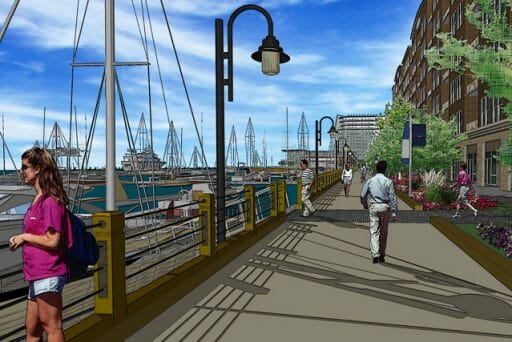 On-site concierge services, two restaurants, fueling, a marina store, and free wifi should attract interest. Port City Marina will further be walking distance to additional shops, restaurants, and entertainment. Among the latter: horse-drawn carriages, the scenic Riverwalk boardwalk, and the famed battleship USS North Carolina, which participated in every major World War II naval operation in the Pacific. Golfers can arrange tee time at a number of local courses, too.