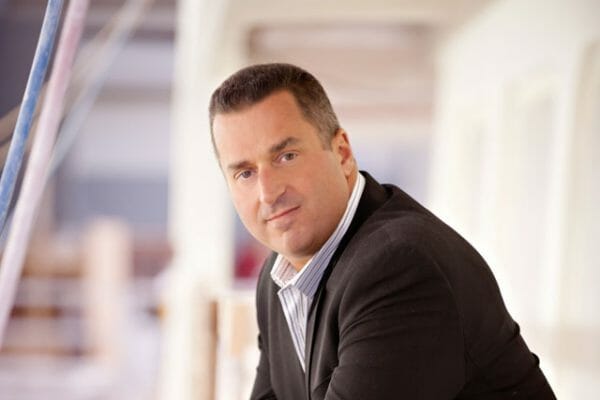 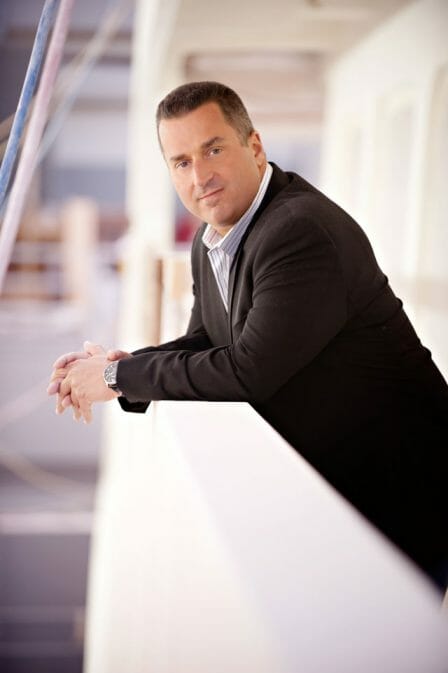 Christensen Shipyards has come a long way since its first yacht, a 92-footer named Domino, was handed over in 1984. Under the direction of Joe Foggia, who became president and a managing partner in 2001, the Washington State builder has increasingly focused on the 150-foot-plus (46-meter-plus) megayacht market. Specifically, it offers yachts from 140 to 225 feet (about 43 to nearly 69 meters). It has also become a lean operation—as in Lean, the manufacturing philosophy focused on the elimination of waste, particularly in terms of time and operations. Foggia and the Christensen team became believers in Kaizen, also known as the Toyota Production System and akin to Lean, shortly after the global economic crisis slammed the yacht business.

In this Leadership Series profile, Foggia explains what drove the change in philosophy, the result it has had on how Christensen builds its megayachts, and how he tries to be frank with clients, many of whom he says he has come to regard as good friends and mentors.

Q: What attracts people to a Christensen yacht versus other yachts?

A: It’s several different things. I believe we build the best quality per square foot in the world related to our class of yacht. I think because we’re vertically integrated, and we do everything in house, and we control the quality, that has a lot to do with the overall quality of the vessel. We do all the stonework, all the woodwork, everything. A lot of other builders use subcontractors, and they switch out subcontractors, so quality from boat to boat changes under, I feel, most everybody else, whereas with us, the quality is consistent because we’re freaks about it. It’s always good, and always getting better under a continuous-improvement program we have here. I also believe it’s because we don’t flood the market with boats. We build an Ocean Alexander 120 every six months and a Christensen 140 or 164 every seven and a half months. So it’s one and a half to two boats a year. So, three or four years down the road, if the bubble bursts again, we only have eight boats out there, and if our customers have to sell, they don’t have to fire-sell.

Q: Other builders do what Christensen does, so what makes your yard different?

A: I think it’s our openness to get customer feedback—and when I say customer, obviously I mean the buyer, but also the crew, the surveyors, the brokers. We take everything that they have to say, and really digest it and look at it as an education. As in, “What can we learn from this?” “How do we utilize this?” If you came to the shipyard now, it’s completely different than even three or four years ago. We’re very transparent. Anyone can walk through and they can actually get a feel for where a department stands, what their current situation is relative to each project. All the schedules are in every department up on the wall, and they’re either green, which is good, yellow, which is in danger, or red, which is behind schedule. Everybody knows that if they’re in a red situation, it’s all hands on deck, and people are actually helping those individuals. Any owner can walk in here, any surveyor can walk in, and understand it. There’s nothing to hide. That goes for the product itself, too. Anybody can walk through and take a look at everything.

Q: In Kaizen, overproduction is considered a major type of waste. Can you explain?

A: Should we be building three pilothouses at one time? The answer is no. You build only what you need as you need it, otherwise you’re spending money where you don’t need to spend money, and when you should be spending money on the actual project as it goes forward. The typical tendency is to say, “Well, let’s build three pilothouses because it’s going to be cheaper that way.” But what ends up happening is you have three different parts sitting out in the yard, where you have people walking around them and trying to move them around. Then the next customer says they’re not going to use that style. That also goes for hull molds and all kinds of things. We looked at physically eliminating the big parts and only building them as we need them—the Just-in-Time concept. We ended up saving thousands of hours by doing that, and you end up not spending capital in unnecessary ways.

Q: What are the challenges of working with a megayacht client, and what advice do you give them?

A: The difference between today and 2000, when I took over the sales aspect, is that they are way more educated about the product that they’re buying. What we’ve seen as of the past couple of years is that we get the individuals who have had the Italian boat, the Dutch boat, the other American boats; they’ve had two or three, and they know what they want relative to the product. What I always tell them is, “Get the best people in here—get the best surveyors, attorneys, and whoever else you need, and let’s do it right. Let’s make sure everybody’s covered all around.” We front-load the boats, using the previous boat’s specifications. Obviously we deal with change orders if we have to. But the new boat has everything in it from the previous boat, and more. We have a very detailed specification. We make it as easy as possible up front. As long as everybody understands things prior to signing the deal, it all works out well.

We’ll do whatever somebody wants. But I always tell them, “I’m going to tell you my opinion. We’ll build what you want, but for resale, this might not be a good idea.”