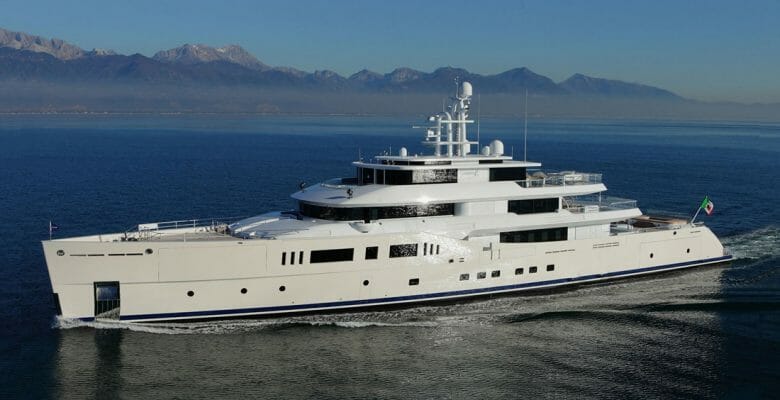 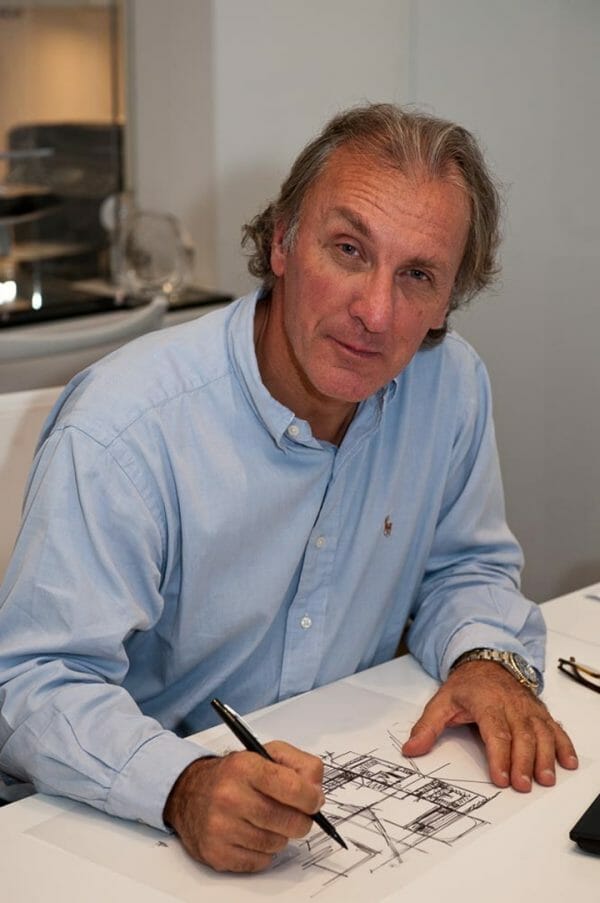 If the French people ever needed to replace the word le bateau (“boat”) in their language for another, chances are they would suggest “le Briand.” Philippe Briand is, to many of the people, the embodiment of the word. They know him as the designer of their beloved production sailing yachts sold by Jeanneau, Beneteau, and CNB. They know Briand as the man who designed a Fastnet Race winner, brought home the Admirals Cup for France, introduced watchmaker Corum to yachting, and took France to the center of America’s Cup action. And, they understand that without him, there might never have been a Louis Vuitton Cup.

The designer is renowned in megayacht circles, too. Noteworthy achievements are the fuel-efficient Vitruvius series motoryachts (pictured at top), plus custom sailing yachts by Perini Navi and others. In this Leadership Series, Briand, speaking from his new London studio, shares his ideas on sustainability and the need for a youth injection into yachting.

MegayachtNews.com: How do you describe yourself?

Philippe Briand: I am a visionary, more of a conceptual designer, in that I know a little about a great many things. I am the A-Z of yacht design from concept to finished vessel. I see a finished yacht when I design and I make sure it covers every aspect of her being. I do not use a computer I sketch by hand and always have a felt tip pen close by. I sketch an idea on paper and then pass it on to those who are quicker than me at working with software. I keep a pad of paper beside my bed and can often be at my best design wise, when I wake up early in the morning. I sketch my yacht designs and detailing with a felt tip pen finding it so much quicker than a pencil.

MegayachtNews.com: As a leader among those working in the megayacht industry, do you have mission?

Philippe Briand: My job and that of my colleagues is to bring new ideas and concepts to the forefront. It is our job to attract more people into the industry and get more of them to enjoy the thrill of sailing. We need to attract a younger audience to the sport.

MegayachtNews.com: Can you give an example on how you might achieve that?

Philippe Briand: If I could I would like to develop a high tech replacement of the Laser dinghy. If you could create a fast, competitive entry class of yachts that was not beyond the financial reach of the average person, then that would go a long way towards bringing youngsters into the sport. The youngster of today becomes the megayacht owner of the world tomorrow.

MegayachtNews.com: You have moved your headquarters to London from La Rochelle in France; why did you do that?

Philippe Briand: La Rochelle is the center of design in France, and it is where we complete most of our production design work because it is close to where the boatbuilding yards are. London is home to more megayacht owners than any other capital city in the world. It has a vibrant feel to it. The city pulses with activity that is relevant to everything that is central to the core of megayacht ownership. As such we must belong here as well, and situated where we are in the west of London, we are conveniently close to the very heart of London and yet just 30 minutes away from Heathrow airport. With our own London studio, we have now got the space to expand our design team.

MegayachtNews.com: What is the new buzzword in the industry?

Philippe Briand: Sustainability, and with good reason. It is a feature that all clients want to enjoy in their yachts. They want to talk about it, to show it off, to be recognized for having been a part of it. It’s rather like back in the 1950s, people enjoyed the fact that their automobiles were being built with cigar lighters!

MegayachtNews.com: But sustainability must be far more than that surely?

Philiippe Briand: Of course it is! The sailing boat is the oldest form of wind-driven machinery. It came into being long before the windmill or the wind generator and as such offers the greatest opportunity to create sustainability.

MegayachtNews.com: What sort of targets should be set for sustainability, and why?

Philippe Briand: My goal is to design motoryachts that are 30 percent more efficient than is the normal, and I do not think that is a ridiculous figure to strive for. I believe that yachting is a good platform on which to experiment with constraint and develop new ideas. New technology is going to be seen first onboard superyachts because the owners of that type of yacht have the money to develop new ideas. I believe it will not be too long before there is legislation that limits the emissions a yacht emits.

MegayachtNews.com: Can you give us ideas on how you might harness that concept of sustainability and incorporate it into a megayacht design?

Philippe Briand: Yes, of course. Suppose you had a sailing yacht that was capable of sailing at 17 knots, and you would be happy with a slower speed if it made the yacht more sustainable. In that case, we could incorporate a water-driven generator into the design so that as the yacht moves through the water, electricity would be generated. It is likely that such a device would lose the yacht 5 knots. On one hand, you could say that was wasteful of the wind, but if that 5 knots had given your yacht the ability to run the onboard electrics without having to use a diesel generator, then you would rightly use the word sustainable instead of wasteful in describing her design. Battery technology is improving all the time, and it will not be long before we can begin harnessing the water-driven generator concept and using batteries to store electricity that is made underway for use when the yacht is at rest. Remember also that designers can use the weight of these batteries to offset the amount of ballast used in the yacht’s keel, so that is yet another example of the buzzword sustainability!

MegayachtNews.com: What is your own personal concept of luxury?

Philippe Briand: Remoteness in the world is a luxury that most people cherish above all else. A superyacht is unique in that it is both a destination and a location. Nothing else on earth can be both, and everywhere else you go, there will be some restraints. On a boat there are far less constraints, and the owner remains more in control of his own environment.

MegayachtNews.com: Have you ever had to work for a difficult client?

Philippe Briand: Jacques Chirac once telephoned me and spent half an hour trying to get me to change the color of the French entry I had designed for the America’s Cup, but I knew that the color of a boat is important, just as her lines have to be beautiful, so in the end he accepted my view, and the boat carried my chosen colors. We came third, and to date that was the best-ever result for France.