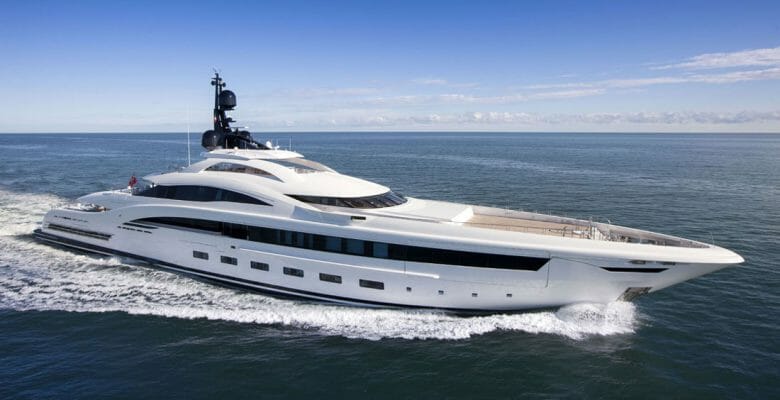 Three yachts, three different sizes, and definitely three different styles. That’s what you’ll see at CRN’s display at the upcoming Monaco Yacht Show in September. They are the 239-foot Yalla (above), the 200-foot Saramour (immediately below), and the 180-foot Atlante (last image below).

Among the largest CRN deliveries thus far, Yalla features a nearly 43-foot-beam. She’s also the Italian builder’s first collaboration with Omega Architects. The curvature of Yalla’s superstructure reveals a signature style of the design studio, as does the sleekness of her overall profile. That sleekness belies the fact that Yalla rises four decks high. Among the decks: a wellness area, located below decks, containing a gym, a pool, and of course the beach club. Though we don’t have photos of the interior, the decor is by Droulers Architecture. The Milan-based firm has primarily designed residences and commercial properties. 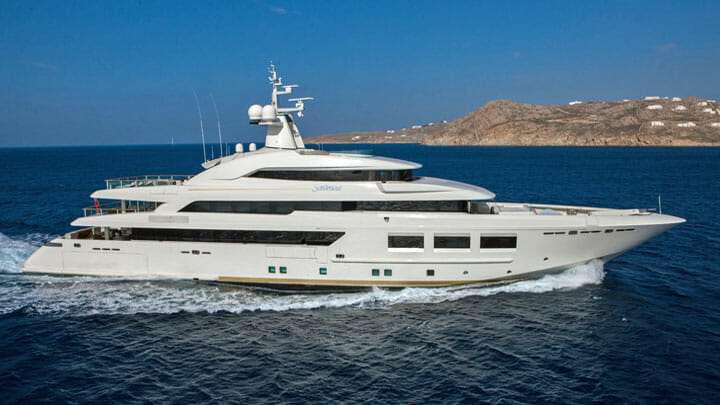 Saramour may be shorter in LOA than Yalla, but she rises a full deck higher. Her distinctive styling is from the drawing boards of Francesco Paszkowski Design. She has an equally distinctive interior design, highlighted with bright, bold reds and other attention-getting tones, primarily from the owners’ extensive art collection. (See our Saramour photo gallery to check it out.) Among the highlights: an entire owners’ deck, complete with a pool. 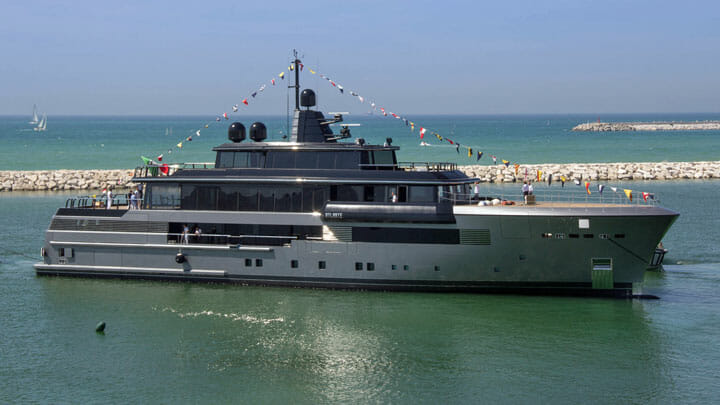 Last but not least, Atlante sets a style all her own. The owner commissioned Nuvolari-Lenard to give her a strong, sturdy appearance. Her angular lines are accentuated by the dark-gray paint scheme, yet some softer lines are in the mix as well. The four-deck-high Atlante has a 36-foot beam. She bears interior design by its in-house department and Gilles & Boissier, a French firm. No details have been revealed thus far.