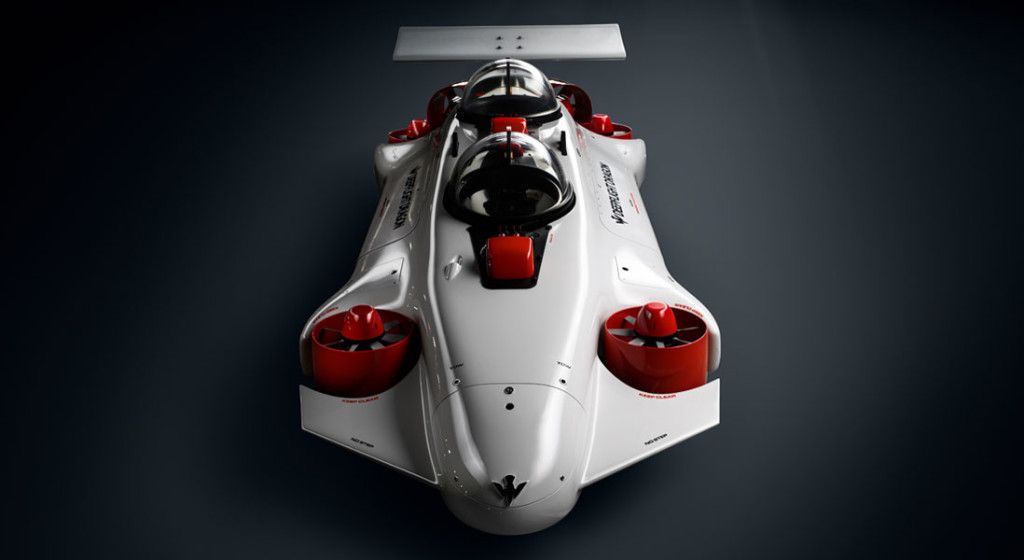 The company behind the Super Falcon personal sub has a new low-profile sub for those of you wishing to do the piloting yourself. Better yet, the DeepFlight Dragon, looking more like a race car than a sub, will be at the Monaco Yacht Show for you to inspect before you buy.

The primary idea behind the DeepFlight Dragon is twofold. First, as just mentioned, it’s an owner-operator craft. Graham Hawkes, the founder of DeepFlight, likes to say, “After all, you don’t hand the keys to your Ferrari over to your chauffeur!” Most other personal subs for the megayacht market require a pilot, who also in some cases requires hours of training. DeepFlight says the Dragon is intuitive to maneuver, taking about half an hour to an hour to learn. Second, the two-person Dragon, with a payload of 507 pounds (230 kilograms), employs vertical thrust alone to dive to nearly 400 feet (120 meters). DeepFlight says it’s the only personal sub to do so, versus relying on ballast systems.

Additional benefits of the DeepFlight Dragon: the ability to suit existing tender garages. In fact, it was designed with input from megayacht owners and members of the industry. The Dragon measures 16’4” x 6’2” x 3’6” (5 x 1.9 x 1.1 meters) and can be launched the same way as traditional tenders. Once it’s launched, you can spend six hours underwater before the battery system needs a recharge.

For safety, the DeepFlight Dragon has a proprietary monitoring system for battery power, oxygen levels, depth limit, and more. If something isn’t operating correctly, or a limit you set gets exceeded, the sub automatically resurfaces.

Here’s the DeepFlight Dragon in action: