You are here: Home / Yachts / Motoryachts / The Dragon & the Princess: DeepFlight Sub on a 40M 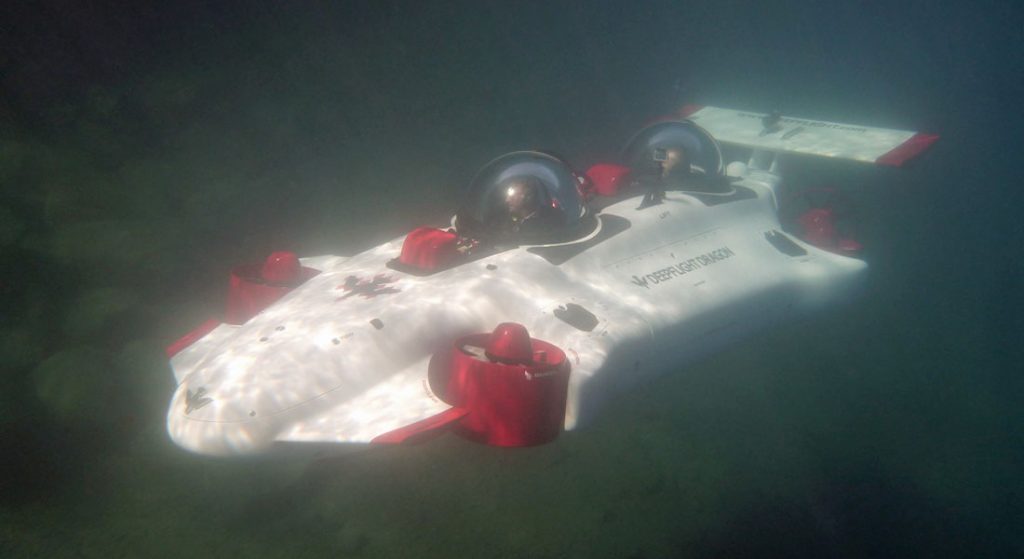 Oftentimes we think of the super-size superyachts as being the ones carrying personal submarines. However, far smaller ones can carry them, too. One in build for delivery next year might just surprise you. The owner of the eighth Princess 40M will have a DeepFlight Dragon among his toys.

The owner was intent on everyone onboard having as much fun underwater as they will above it. Therefore, Princess Yachts and DeepFlight collaborated on making the sub even more suitable. We say “even more suitable” because the DeepFlight Dragon is already compact. As a matter of fact, the company solicited feedback from megayacht owners and industry reps in designing it a few years ago. The Dragon measures 16’4” x 6’2” x 3’6” (5 x 1.9 x 1.1 meters), purpose to fit in tender garages. In addition, since it’s lightweight, yacht crew can launch it the same way they do other watertoys.

The crew of the Princess 40M in build will do that, too. The 131-foot (40-meter) yacht is set for delivery next year. We do not know how many guests will be cruising aboard, unfortunately.  However, in general, the semi-custom series is for 10 to 12 passengers. The 40M is the British builder’s largest series, too, introduced in 2012.

When delivered to the owner, he and another guest can explore the depths aboard the Dragon together. DeepFlight designed it as an owner-operated sub; no pilot required. It also doesn’t take hours to learn how to operate it. Another thing setting the Dragon apart is vertical thrust. This, instead of ballast systems, lets the sub dive to nearly 400 feet (120 meters). Furthermore, the battery system lets the owner and guest will be able to spend up to six hours seeing the sights.

While work continues on the yacht in the UK, U.S.-based DeepFlight has work in progress, too. This winter, it will open its first DeepFlight Adventures location. DeepFlight Adventures is a partnership with select resorts. Guests can take trips aboard one of the company’s subs, with a pilot, to see sharks, shipwrecks, and more. We’ll have details when they’re available.