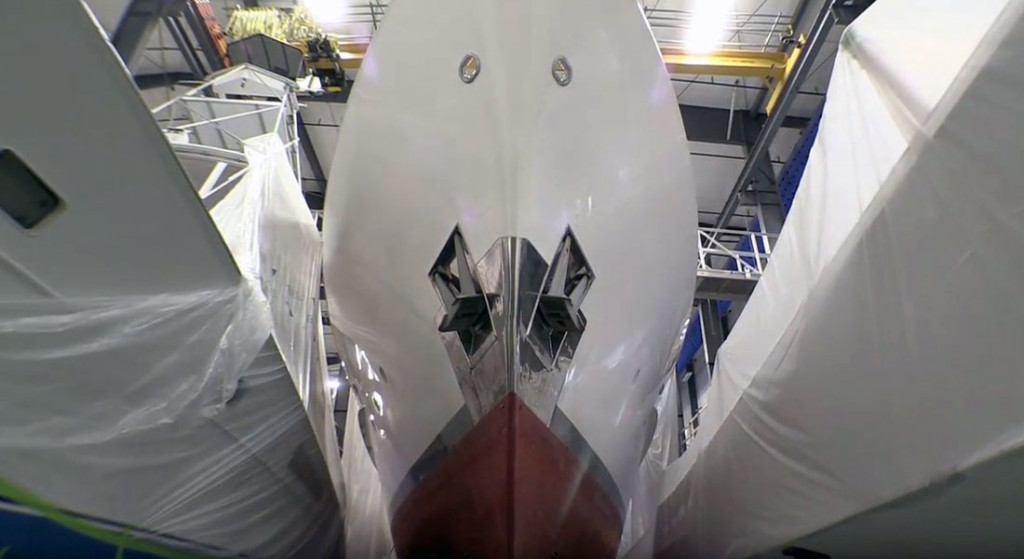 A nearly 40-year-old megayacht is being transformed in Maine this winter. She’s Berilda, a megayacht with quite a history. She’ll blend classic and contemporary elements when relaunched next year at Front Street Shipyard.

Berilda has gone through a number of name changes—and configuration changes—since delivery in 1978. She was initially christened Claybeth and used as a proper yacht. The 125’10” (38.4-meter) megayacht surely made quite the impression back then, given her large size for the era. Subsequent owners also used her for private cruising. They include the late Malcolm Forbes, who called her The Highlander, the fourth to carry that name for him. Further of note, at one point the yacht assisted in oceanographic research. A yearlong refit in 2004 saw a number of significant changes. The VIP stateroom became a four-bunk cabin. Nanny’s quarters and a library were also created aboard. All of this was done in advance of an around-the-world cruise she was to take with the owners and their family, who rechristened her Sirenuse (below). Interesting enough, as Sirenuse, Berilda visited Front Street Shipyard, receiving new bottom paint earlier this year. 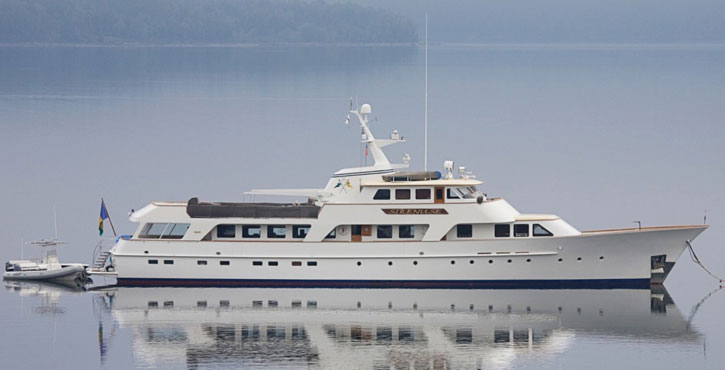 The current owners acquired the yacht just this autumn. Their refit program for Berilda is pretty extensive. It includes a full repaint job, upgraded systems and machinery, and a new interior. The owners’ stateroom is being relocated from below decks as part of the latter. Berilda will therefore be at Front Street Shipyard through the spring.

That won’t mark the end of the work the owners want done, though. As you’ll learn in the video below, they intend to return to Front Street Shipyard following at least a year of cruising aboard. What better way to truly pinpoint what Berilda needs than to put her to a thorough test.

The owners themselves, who expect to cruise the Bahamas and other North American locales in 2016, appear in the video here, along with their captain: