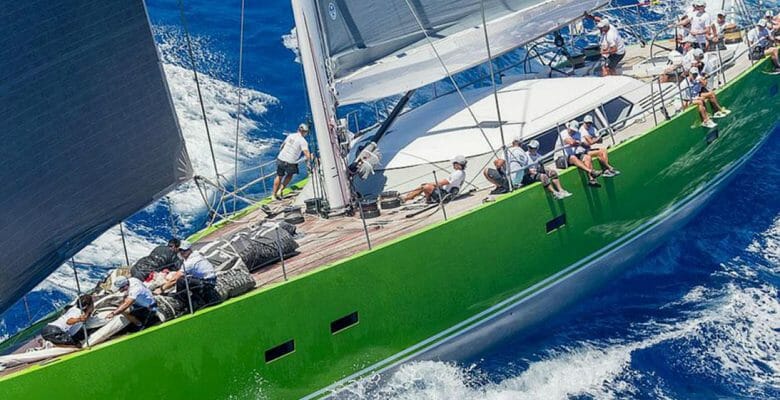 Nearly two dozen sailing yachts up to 180 feet (55 meters) LOA are heading to Palma de Mallorca. It’s in anticipation of the 20th anniversary of The Superyacht Cup. The Cup is the oldest superyacht race in Europe.

A favorite event on many a calendar, the regatta is being held June 22 to 25. As you may expect, it enjoys repeat business, so to speak. Previous entrants like Heartbeat (the winner three years ago), Open Season, Unfurled, Win Win, and Visione are competing again this year. Also set to compete is Inoui (above), plus Atalante, Gaia, Ganesha, Mari Cha III, P2, Saudade, and Tenaz. In fact, Gaia is one of the most-talked-about racers, due to her spinnaker and speeds, upwards of 19 knots.

Also being talked about is The Superyacht Cup’s support of ocean conservation. The organizers are eliminating single-use plastic, especially bottles, as much as possible. (A sponsor is providing refillable bottles.) Other similarly minded efforts are being undertaken because The Superyacht Cup is officially part of the Clean Regattas program. Sailors for the Sea, a well-known conservation organization, created the program as a sustainability-certification system for on-water events. The Cup organizers say that 8 million metric tons of plastic garbage end up in the ocean annually.