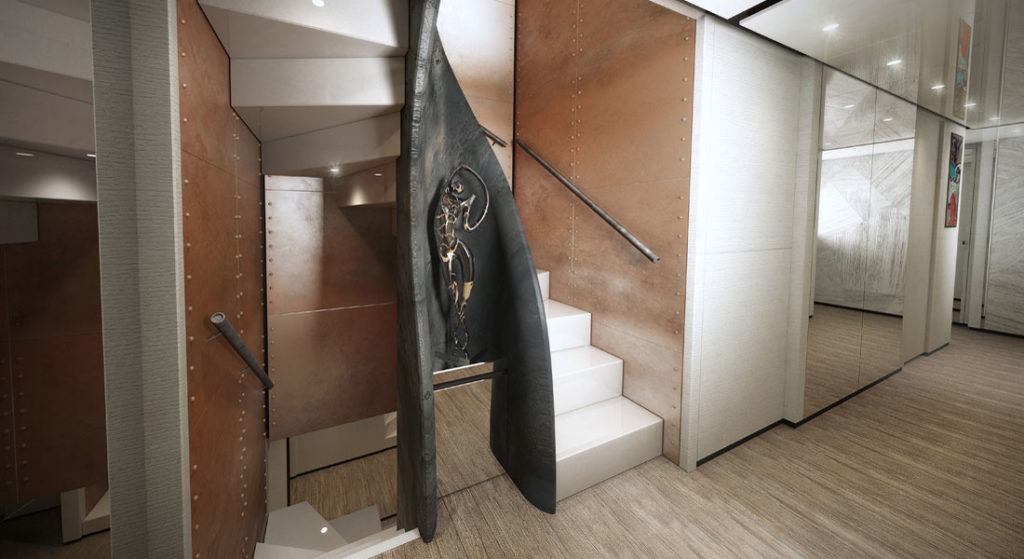 Around late spring of next year, Cecilia will become the second superyacht from Wider. With the all-aluminum yacht’s exterior nearing its completion, the builder is revealing more about the interior.

The owner of the 165-foot Cecilia and IdeaeITALIA are creating an atmosphere with abundant natural materials. (The same design studio oversaw interior design for the Wider 150, which premiered earlier this year.) As one example, polished stone lies underfoot in the saloon and dining area. Overall, light color palettes, and the oversize ports along the decks, keep the atmosphere bright. Juxtaposed grains on cabinetry add visual interest, too.

Among Cecilia’s most attractive areas is the master suite. Forward on the main deck, it spans the 28-foot beam. A decorative wall separates the sleeping area and a private lounge from one another, without closing either off. A fold-out terrace in the lounge enhances the sensation of space, too. A similar terrace awaits guests (who get four cabins) in the gym. 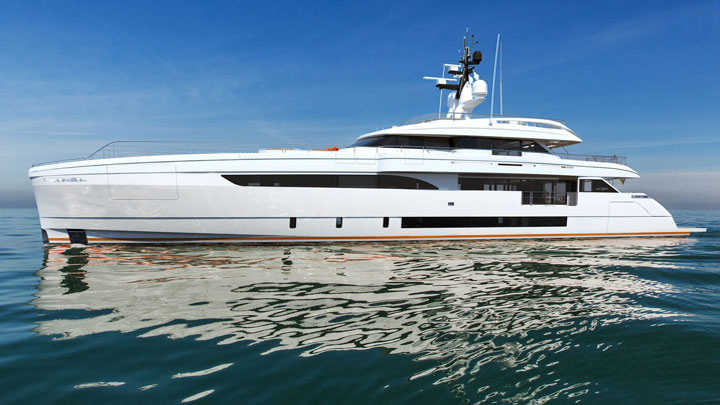 Being a Wider build, Cecilia also has three fold-down hatches at her transom, to transform the beach club into an expansive space. Furthermore, she has a seawater pool in her transom, created when the custom tender launches out straight aft.

The gallery below will give you a better idea of what Cecilia will look like upon completion. Delivery is set for later in 2017. That’s when her owner will get to put her flexible propulsion system to its most efficient use. It’s a diesel-electric system, permitting operations in full diesel mode or solely electric model. With her twin diesels running, for example, Cecilia should see a cruise speed of 13 knots. That should allow a range of 3,500 nautical miles. When she’s at 10 knots, range rises to 5,000 nautical miles. Battery power solo (what Wider calls Zero Emission Speed) should permit moving at 5 knots, not just repositioning at anchor.