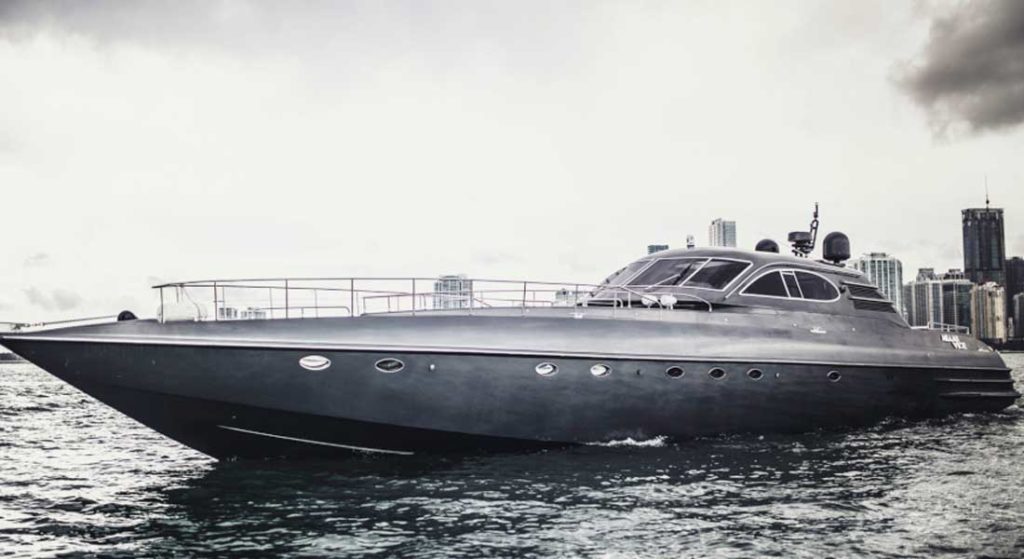 Laurent Marc-Antoine Jean Maubert-Cayla is a part owner of Miami Vice, a 91-footer (28-meter). He pleaded guilty in a Florida court last week to misconduct or neglect of a ship officer that resulted in death. Separately, Mauricio Alvarez, whom he hired to helm Miami Vice, admitted guilt in court in August.

Maubert-Cayla offered the megayacht for charters in the Miami area. However, he did so despite not having proper insurance coverage or a licensed captain. He employed Alvarez to run Miami Vice from November 2017 through April 2018. Maubert-Cayla knew Alvarez lacked a license, according to authorities. In fact, the U.S. Coast Guard issued Alvarez a ticket in March of this year for operating an onboard charter while failing to have a license. Furthermore, federal authorities state, “Maubert-Cayla knew that Alvarez was heavily using cocaine and alcohol during the period he served as captain on board the Miami Vice.” The authorities add that Maubert-Cayla had even “filmed Alvarez using cocaine as recently as March 29, 2018.”

The incident in which a passenger died occurred this past April 1. Raul Menendez and six friends chartered Miami Vice for a four-hour cruise. Federal prosecutors indicate that the group met and paid Maubert-Cayla at the Sea Isle Marina. Alvarez then took them aboard the yacht to Monument Island, where he beached her. Menendez and his friends went for a swim behind the yacht. When Alvarez restarted the engines, though, he failed to check that everyone was onboard, prosecutors indicate. Alvarez admitted this when initially questioned, too. Therefore, when Miami Vice began backing up, the yacht struck two people, one of whom was Menendez. The propellers pulled Menendez in, killing him.

Maubert-Cayla faces sentencing in January, while Alvarez does later this month. The charge carries a fine and/or a maximum 10-year prison sentence.