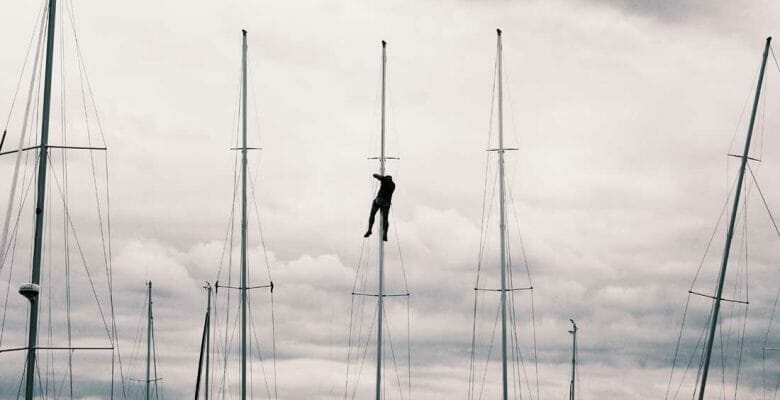 Crew-recruitment agencies and yachting media often portray crew openings as opportunities to travel the world. While accurate, there’s more to the experience. In fact, an extensive, first-of-its-kind superyacht crew survey finds some compelling, and alarming, issues. While half of the respondents enjoy their jobs, more than three-quarters encounter leadership problems. In addition, low morale is a larger problem.

The survey is the result of collaboration between the International Seafarers’ Welfare and Assistance Network (ISWAN) and MHG Insurance Brokers, a crew-insurance provider. ISWAN wanted to identify what currently works well in terms of health, wellbeing, and safety onboard yachts. Furthermore, ISWAN wanted to identify opportunities for improvement. With MHG Insurance Brokers, it solicited anonymous commentary from crewmembers via answers to 50 questions. Ultimately, via an independent researcher, the companies compiled feedback from more than 400 respondents. These respondents represented nearly 40 countries, too, and averaged 37 years old. Sixty-six percent were male, while 54 percent were single. Also through that researcher, the companies further conducted in-depth interviews as well as reviews of journal entries.

The superyacht crew survey uncovered some positive information. For instance, 60 percent of respondents say they have no difficulties in obtaining physical healthcare. The same percentage encounters no problems in getting dental care, while 55 percent successfully address their mental healthcare. In addition, 67 percent of crew “usually” or “always” feel rested in port. And, 51 percent were satisfied with their employer’s leave policy.

However, the superyacht crew survey also uncovered some serious issues. For example, 82 percent say they’ve encountered low crew moral “sometimes,” “often,” or “always.” Nearly half have suffered from social isolation or loneliness “sometimes,” “often,” or “always” while working. In addition, 62 percent have been impacted by onboard leadership issues; even 38 percent of captains admit to issues. And, 53 percent of female crew had experienced discrimination, harassment, or bullying. The offending parties were the owners, fellow crew, and/or guests. Nearly one-third of male crew experienced the same, primarily from captains or senior crew.

ISWAN and MHG Insurance Brokers caution that the superyacht crew survey numbers represent a small portion of the overall crew population. The percentages therefore are just “a snapshot of the current state of affairs.” However, they encourage owners and management companies to use the data to understand where to start improving the onboard experience. Specifically, they recommend improving potential crew’s understanding of what working aboard means, before they head to sea. They also recommend making crew more aware of wellbeing resources. Additional suggestions include broadening rotational jobs, particularly for crew with families, and enabling more rest and relaxation time.

Andrew Dudzinski, chairman and CEO of MHG Insurance Brokers, sums it up this way. “How can we expect to recruit and retain loyal crew tomorrow if we don’t understand their welfare concerns today?”